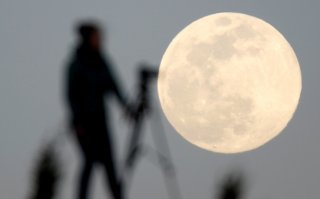 NASA is now committed to paying companies to collect moon dirt or rocks over the next four years.

The space agency will seek to purchase between 50 and 500 grams of lunar regolith from one or more commercial providers. And it anticipates paying roughly between $15,000 and $25,000 for each cache.

As for the payment structure, companies will receive 10 percent of the funds at the time of the award, 10 percent when the spacecraft is launched, and 80 percent once the collected materials are transferred to NASA.

In its newly issued “request for quotations,” NASA is asking private companies to submit bids for the work—which includes how and where the collection of the regolith will occur.

The agency said the material will become its “sole property” and will retrieve it “at a later date.”

The competition for the contracts isn’t only limited to U.S.-based companies. The bids must be submitted by October 2, however.

NASA did make one important concession as part of its contract, which will allow “delivery” of the materials to take place on the moon.

“We are putting our policies into practice to fuel a new era of exploration and discovery that will benefit all of humanity,” Bridenstine wrote in a blog post.

The agency’s announcement follows President Donald Trump’s executive order earlier this year called “Encouraging International Support for the Recovery and Use of Space Resources,” which establishes the nation’s policy on possessing and utilizing off-Earth resources.

More explicitly, in 2015, Congress passed a law that allowed U.S. companies and citizens to use freely lunar and asteroid resources.

Trump’s executive order also coincided with NASA’s push for a crewed lunar exploration. In March 2019, NASA unveiled the Artemis program’s mission to send astronauts to the moon by 2024.

A part of the operation would entail establishing a sustainable lunar outpost by 2028, fueled by tapping into lunar resources like water ice that is thought to be plentiful on the polar craters.