The Moon Drifts Away 1.5 Inches Every Year from Earth 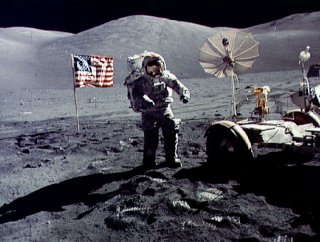 Each year, according to NASA, our moon drifts away about 1.5 inches—about the same speed at which our fingernails grow.

So, this begs the question: Is it possible that we will one day lose our natural satellite?

It’s indeed a complicated question, because that would entail looking billions of years into the future. Here is the likely scenario—we are probably stuck with the moon, until our sun becomes a red giant in 5 billion years and engulfs what’s left of Earth.

However, that is not to say that Earth and its inhabitants won’t be affected by the moon gradually moving farther away—as seasons could slightly change and Earth could experience a wobblier rotation.

This balancing act is apparent whenever we see the effects of the moon’s tidal force.

There could come a day in about 50 billion years that the moon’s orbit will reach its maximum size. At that point, one lunar orbit and Earth’s rotation period will be 47 days. When the Earth-moon system settles into synchronization, the Earth and moon will no longer have any tidal effects on each other—and the natural satellite will finally stop its further drift into space.

This prediction, however, is likely moot because both the Earth and moon will probably already have been destroyed by our sun.

On early Earth, when the moon was newly formed, days were only five hours long. With the moon’s gravitational effect on Earth the last 4.5 billion years, days have slowed down to the 24 hours that we are all familiar with.

If it weren’t for a chance collision, Earth might not have had a moon at all. Some 4.5 billion years ago, an early Earth struck nearly head-on with another planet-sized body, and the rubble from that devastating impact eventually coalesced into the moon.

Many scientists now believe that the moon may have had a more transformative impact on Earth’s geology than previously thought. It also brings up the interesting theory that the Earth-moon system is ultimately responsible for the abundance of life we see on our planet, making the environment more hospitable for both plants and animals.