Artemis Accords: NASA Unveils Rules for Conduct on Moon and in Space 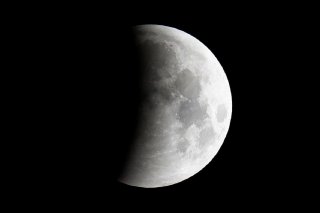 NASA has revealed a series of principles that will govern the behavior of countries and companies on the moon and in space.

The new legal framework, called the Artemis Accords, also sets forth the creation of “safety zones” around lunar sites where future mining and exploration would take place.

Despite opposition from some countries, the United States has long believed that nations and companies should be allowed to extract and use resources on the moon. With its Artemis program, NASA is aiming to return astronauts to the lunar surface by the year 2024.

The space agency will require allied countries to sign the doctrine if they want to participate in the lunar exploration program. NASA said the accord focuses on creating a “safe and prosperous future” between nations amid the shared goal of space exploration, which includes being fully transparent, assisting astronauts in trouble, registering space objects and releasing scientific data.

The agency noted that the Outer Space Treaty of 1967, which prohibits nations from laying claim to the moon and other celestial bodies, is still valid, but the new Artemis Accords builds on the legal framework to help boost inter-country cooperation in space. More than 100 countries are included in the treaty, and 26 others have signed it but have yet to complete ratification.

“While NASA is leading the Artemis program, international partnerships will play a key role in achieving a sustainable and robust presence on the moon while preparing to conduct a historic human mission to Mars,” NASA said in a statement.

“With numerous countries and private sector players conducting missions and operations in cislunar space, it’s critical to establish a common set of principles to govern the civil exploration and use of outer space.”

The Artemis program, the much-hyped successor to the Apollo moon missions of the 1960s and 1970s, is focused on the long-term goal of establishing a sustainable presence on the moon and eventually sending humans to Mars.

Countries that sign off on the accord must also protect heritage sites and space artifacts, gather resources according to international agreements, avoid interference with other space missions and dispose of any debris or spacecraft responsibly.

Despite the United States’ tense relations with Russia and China, NASA is hopeful that these two countries will be a part of the Artemis Accords. Getting China on board might be trickier because NASA must first receive approval from Congress.

In highlighting the importance of the Artemis Accords, NASA administrator Jim Bridenstine pointed to a recent event that saw falling space debris from a Chinese rocket that narrowly missed New York City.