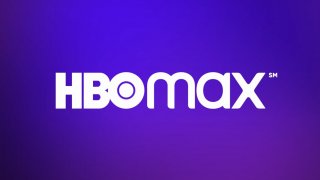 When AT&T and Warner Media launched its new streaming service, HBO Max, at the end of April, it set off a wave of confusion over exactly how HBO Max differed from the existing HBO streaming services, HBO Now and HBO Go.

A few weeks later, the company sought to alleviate the confusion by dropping the branding of the latter two services. HBO Now will change its name to simply “HBO,” while HBO Go will be discontinued altogether at the end of July. This led to a campaign by Roku—which is still without a deal to carry HBO Max on its streaming platform—to urge AT&T to reconsider the end of HBO Go.

The company is clearly betting on HBO Max as its main streaming product going forward, and it appears from a new report that they’ve largely succeeded in bringing customers of the older services aboard.

According to data from the discovery app Realgood, as cited by Digital TV Europe, 71 percent of previous HBO Now subscribers have opted to sign up for HBO Max.

The Reelgood report also found that “Joker,” the 2019 movie starring the Oscar-winning Joaquin Phoenix as the famous comic book villain, was the most often-streamed film title on HBO Max between May 28 and July 2, accounting for 7.3 percent of total streams of movies. “Ad Astra,” another 2019 film that starred Brad Pitt, was second.

On the TV side, Reelgood found that the animated series “Rick & Morty” is the most popular streaming TV series on HBO Max during that time frame, with “Game of Thrones” second and “Friends” third.

Peacock, the latest streaming service competitor to HBO Max, arrived Wednesday, also without deals to be included on Amazon or Roku devices. Peacock, which comes from Comcast and NBC Universal, offers a free tier, something that all of its major competitors lack.