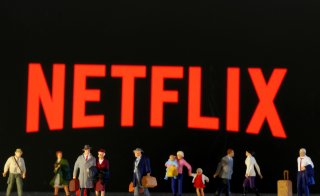 Netflix, as a result of the pandemic, has drawn more eyeballs than ever before, adding subscribers and time on site, while dominating Nielsen’s new ratings of the most popular streaming shows.

Netflix has also been rolling out new features this year, including its Top 10 list, which made its debut this spring. And now, Netflix has brought out a new feature, called the “New & Popular” tab. Per a Variety report, the feature includes such features that were already included, such as  New on Netflix, Coming Soon, the Top 10, along with a new one called “Worth the Wait.”

This feature is likely to appeal to those who devour “What’s coming this month to Netflix” lists on entertainment websites. “Worth the Wait” will allow users to see what titles are arriving on the platform in fifteen days, and then at various intervals, as far as a year in advance. Users can set a reminder for far-off shows and movies.

The feature has launched on the Netflix app on connected TVs and will roll out to other versions of Netflix in the coming months.

The Worth the Wait feature will be necessarily incomplete. Netflix doesn’t usually announce release dates a year in advance or anything close to it, and the services often acquire movies and shows and debut them only weeks later.

There was speculation in recent weeks that Netflix may consider another price hike in 2021 after it was pointed out that the company did not dismiss the idea out of hand on their most recent earnings call, as they had the previous quarter.

Netflix is expected to announce third-quarter earnings at some point in October. When they do, investors will learn whether Netflix has been able to keep up with their major growth in the first half of the year and whether the boycott related to the controversial French art film Cuties had any effect on the company’s bottom line.

Also this week, Netflix announced that it is canceling the 1980s women’s wrestling show GLOW, despite the earlier announcement more than a year earlier that the series was getting a fourth and final season, Deadline said. The series had even begun filming that final season before production was shut down due to the pandemic.

It was determined, per the report, that the logistics of the show, including the “inherent physicality,” would have been too difficult amid coronavirus.

“Netflix has decided not to finish filming the final season of GLOW, the show’s creators,  Liz Flahive and Carly Mensch, said in a statement to the site. “We were handed the creative freedom to make a complicated comedy about women and tell their stories. And wrestle. And now that’s gone. There’s a lot of sh*tty things happening in the world that are much bigger than this right now. But it still sucks that we don’t get to see these 15 women in a frame together again.”