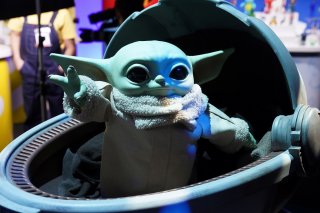 Earlier this month, Nielsen began offering weekly ratings for streaming TV shows. When it launched the first week of September, the ratings consisted only of Netflix and Amazon Prime Video, although Netflix nonetheless took up all ten spots in the weekly top ten.

Now, the second week of ratings are out, and while Disney+ and Hulu have now been added to the chart, Netflix once again swept the top ten.

The chart continues to use minutes viewed as the main metric for its charts, and the top show for the first week was Lucifer, the former Fox show that debuted a new season on Netflix at the end of August. Coming in second was The Legend of Korra, an animated series originally on Nickelodeon, which also arrived on Netflix in August.

The Umbrella Academy, which topped the previous list, came in third, followed by several legacy series—The Office, Shameless, and Grey’s Anatomy. In seventh place was the recent Netflix original movie Project Power, which hit Netflix in mid-August, and that was followed by legacy shows Criminal Minds and NCIS, with Teenage Bounty Hunters, a Netflix original series that debuted August 14, coming in tenth.

Lucifer, The Legend of Korra and The Umbrella Academy all surpassed the one billion minutes mark. The “minutes viewed” metric favors shows with long runs and many overall seasons and episodes. Ten seasons of Shameless are available on Netflix, along with sixteen of Grey’s Anatomy, twelve of Criminal Minds and nine of The Office.

Therefore, it’s a testament to the major popularity of newer content like “The Umbrella Academy,” “Teenage Bounty Hunters” and especially Project Power, a two-hour, standalone movie.

So, why no representation on the chart for other streaming services? It may be that there haven’t been major new high-profile debuts in the last few weeks on Disney+, Hulu or Amazon Prime, and perhaps TV streaming users aren’t as much in the habit of streaming legacy shows on those other platforms, as much as they are on Netflix.

However, a big test will come at the end of October, when Disney+’s The Mandalorian, the Star Wars-related series that emerged last year as one of the most popular streaming shows, returns for its second season.

In other Nielsen ratings news, despite talk about “disastrous” NFL ratings in the season’s first week, NFL broadcasts dominated Nielsen’s broadcast TV ratings chart for the week of Sept. 7, with NFL games, as well as pre- and post-game shows, taking six of the top seven spots, with the other spot taken by CBS’s 60 Minutes, which aired directly after football.