No, the NFL’s Week 1 Ratings Were Not a “Disaster” 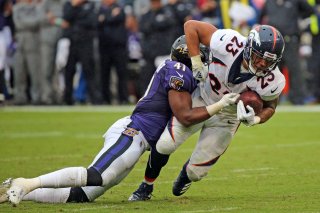 The television ratings of NFL telecasts have become an especially fraught subject in recent years, driven largely by the belief among many that social justice protests by athletes will turn off large segments of the NFL’s audience, and by President Donald Trump’s somewhat anachronistic obsession with TV ratings of all kinds.

That subject came up once again this past week when the NFL returned to start the 2020 season. Despite concern that the coronavirus would lead to a delay in the season, the league started on time, albeit without fans in the stands in most stadiums. A handful, including Kansas City, allowed a limited number of fans for their first game.

The first week also saw players throughout the league engaging in protests, in some cases remaining in the locker room during the playing of the National Anthem, and in the case of the Kansas City/Houston game on Thursday night, gathering at midfield as a “moment of unity”—one that was largely booed by the fans in attendance at Arrowhead Stadium.

So what happened with the ratings? Those who have spent the last few years hammering the theme that “wokeness” is going to kill the ratings of sports, such as Clay Travis, were quick to argue that “all the primetime evening games were down massively.” Sean Hannity called it a “total disaster” and stated that ratings had plunged 28 percent for the Sunday night game.

However, the sports business publication Sportico, when looking at the Nielsen live-plus-same-day data, found that the ratings dip from 2019 was far from disastrous and that the one-time slot actually posted a big gain.

“The NFL’s four Sunday broadcast windows averaged 18 million viewers, which marked a 3% decline compared to the first Sunday of play in 2019,” the analysis said. “A year ago at this time, the national and regional broadcast windows averaged 18.5 million viewers.” The ratings on Fox, whose later game featured Tom Brady’s debut with the Tampa Bay Buccaneers, were actually up from last year. CBS, however, posted a 12 percent decline over last year.

The Sunday Night game on NBC, between Dallas and Los Angeles, did decline from the first Sunday Night Football game of 2019, although by 15 percent, not by Hannity’s number of 28 percent. The ratings were very high in Dallas, but much lower in Los Angeles, indicating that the NFL’s return to that market after a long absence hasn’t drawn as much fan enthusiasm as hoped.

Per USA Today, Fox says the Tampa Bay-New Orleans game was not only the highest-rated program of any kind that the network has broadcast since the Super Bowl in February but that it was the network’s most-watched NFL game since 2016.

Deadline reported that the ratings for the Thursday night game dropped 12.3 percent from the opening Thursday night the previous season, although viewership on digital platforms jumped 55 percent over the 2019 figures.

Are there some fans who aren’t watching the games anymore because they’re mad about the protests? Undoubtedly. But there are other factors as well, from a lack of preseason games not putting NFL fans in the mood for football, to the NBA and NHL airing playoff games in September opposite the NFL, which is not normally the case. But since the next NFL TV contracts are likely to deliver even more money to the league than the current ones, then there is clearly a long way to go before such discontent impacts the NFL’s bottom line.

Now, whether TV ratings are something that anyone should care about if they’re not employed by or associated with the NFL, a television network, or the Nielsen Company, is another question entirely.