Can You Get NFL Sunday Ticket Without DirecTV? 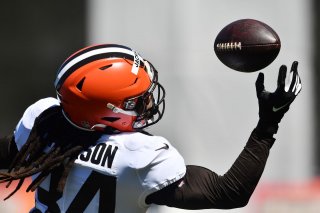 DirecTV, it’s fair to say, has seen better days. The satellite TV service continues to bleed subscribers, as AT&T lost 886,000 net subscribers in the second quarter, across DirecTV and AT&T U-Verse. The company had lost nearly a million such subscribers in the first quarter of the year.

This has led to speculation that AT&T is looking to dump DirecTV, possibly as part of some sort of combination with its rival Dish Network, which has also been declining. Dish’s CEO once again said earlier this month that a merger between the two satellite TV companies is likely “inevitable.”

Amid all the lost subscribers, DirecTV still has one major thing going for it, especially as we head into football season: it maintains exclusivity for NFL Sunday Ticket, the National Football League’s popular package that offers subscribers every out-of-market NFL game. For those who wish to keep tabs on their fantasy teams or wagers, or who root for a team that’s not in the same city where they live, Sunday Ticket has long been a weekly must.

Whether you want Sunday Ticket at your residence, or at a bar or restaurant, a subscription to DirecTV, with some exceptions, is required. The current exclusive contract for the package between the NFL and DirecTV runs through 2022, as was reported when it was agreed to in 2014.

There are exceptions to the exclusivity, however, as a streaming version is offered for those who live in areas where DirecTV is not available and another program is offered for college students. Sunday Ticket is also available on JetBlue flights, for those flying on Sunday afternoons.

Some recent reports have interpreted that availability as a change in DirecTV’s exclusivity, but Variety reported earlier this week that nothing has changed with the deal, and that the availability is the same as its been for the past several years.

“The eligibility requirements [for the Sunday Ticket service] have remained the same for the last five years,” AT&T AVP of corporate communications Jim Greer told Variety. Variety did report, however, that “the company over the last few years has been quietly offering the online-only version of Sunday Ticket more widely than previously believed.”

As for what will happen after the NFL and DirecTV’s deal expires, that’s an entirely different question. The government approved AT&T’s acquisition of DirecTV in 2016 on the condition that it keep Sunday Ticket. NFL commissioner Roger Goodell has said that he would like to see Sunday Ticket become more widely available.

Sports Illustrated, this week, published a mailbag question from a reader who was wondering what will happen with Sunday Ticket, so that he may one day get rid of DirecTV.

“The Ticket is vital to DirecTV’s survival. How much does AT&T care about that? We’ll see, because the NFL has discussed the idea of moving the Ticket to a streaming service, where a younger audience lives,” writer Albert Breer answered. “You can imagine what the Ticket would be worth to [ESPN+], Peacock, HBO Max, DAZN or Amazon Prime. How many people would jump on those services if the Ticket was there? Based on DirecTV’s numbers, the answer is a lot.”