A New Look at the Streaming Wars 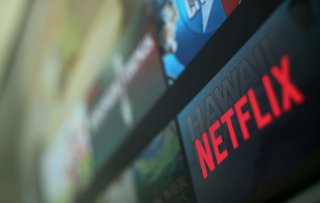 The year 2020, and the year of the coronavirus pandemic, in particular, has been a huge time for streaming services. Many people have spent their months quarantined at home watching streaming shows, while multiple new streaming services arrived throughout the year.

The research firm Antenna has released a report stating that the premium subscription video on demand (SVOD) market grew 37 percent year over year in the third quarter, compared to 34 percent annual growth in the second quarter.

Meanwhile, total subscriptions jumped 4 percent from the second quarter of 2020 to the third.

In terms of quarterly growth, the biggest winner was Apple TV+. which jumped 17 percent from the second quarter to the third, while Disney+ and CBS All Access were tied at 11 percent, followed by HBO with 9 percent.

Of the total SVOD subscriptions, as of the end of the third quarter, Netflix had 35 percent, Hulu had 20 percent, and HBO had 9 percent. In the third quarter of 2019, Netflix had 48 percent of the total subscriptions, followed by Hulu with 25 percent. Disney+ and Apple TV+ launched in November of 2019, with HBO Max, Peacock and the now-defunct Quibi all debuting in 2020.

“One of every five Apple TV+ Sign-ups in Q3 came during the week after the release of the Tom Hanks feature film, Greyhound,” similar to the level of growth shown by Disney+, in the summer, when “Hamilton” arrived on the service. Antenna also found that many customers canceled Disney+ following the debut of “Hamilton,” and there was also churn for the Showtime streaming production after the most recent season of “Billions” wrapped up.

Netflix announced its quarterly earnings in late October that it gained 2.2 million subscribers in the third quarter, which was much fewer than the more than 26 million it added in the first two quarters of the year. That subscriber number was lower than analysts had predicted.

Cuties, a controversial French film acquired by Netflix out of the Sundance Film Festival and released during the summer, was the subject of boycott threats against the company, and even led a Texas prosecutor to issue a criminal indictment against Netflix. Some 7Park data at the time found that Netflix’s churn rate was higher than normal the week of the boycotts, and it’s not clear if the boycotts had any long-term effect on the company’s fortunes.