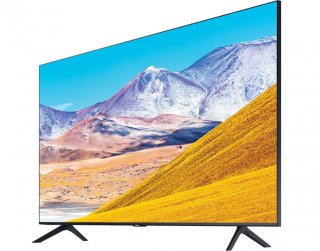 How is video consumption changing in the age of coronavirus? Research firms who cover that market have been examining that question.

New research this week, from Nielsen, found that weekly time spent watching connected TVs, has risen by more than 1 billion hours as the weeks have passed. And while traditional TV use is normalizing, use of connected TV remains above pre-pandemic levels.

"The rise in total media consumption during shelter-in-place restrictions was expected and has been well documented to date, but the persistent high levels of CTV use across smart TVs, internet-connected devices and game consoles suggests that life in the new normal includes a heavier dose of connected TV use than before the lockdowns," Nielsen said this week in a blog post.

Nielsen also measures which room of their house viewers are consuming connected TV. Viewing by two or more people at once that takes place in the living room has increased from 62.5 percent of the time to 64.1 percent between early March and early May, with Master Bedroom viewing slightly decreasing and bedroom and basement watching remaining flat.

"The increase in viewing in the living room speaks to the growth of co-viewing as consumers choose to watch content together—especially during a global pandemic, which has likely provoked consumers to lean into their families and loved ones during the health crisis," Nielsen said.

Parks Associates, in a new paper called "COVID-19 and the Dramatic Increase of Video Consumption," finds that the "Primary Video Device to Stream Online Videos," for more than a quarter of connected homes, is the smart TV, followed by the streaming media player and then the computer.

"Just as some stabilization appeared evident, the COVID-19 crisis introduced yet more turmoil," David Drury, Parks' research director, said in the release. "The pandemic has certainly increased demand and fueled higher levels of video consumption, but also has disrupted video production and distribution significantly. Production of many new originals are on hold, and major studio titles have released directly to the home, threatening the long-term viability of the theater-release model. It has never been more important for industry players to track users’ viewing habits and preferences, and align service offerings to changing consumer needs and lifestyles."

Parks had found earlier this spring that two-thirds of online households had a connected device in their home.

Other research, taken throughout the pandemic, has found such trends as an increase in local TV consumption, and Comcast customers not being aware much of the time what day of the week it is.

Exposed: How a Cyberattack Took Down Twitter, Netflix, and The New York Times