Not Dead Yet? 5 Reasons People Stick With DirecTV 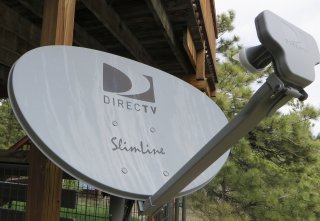 Breakups are hard, and they can be even harder when it comes to your relationship with cable or satellite TV.

In the modern TV world, DirecTV is a dinosaur that is struggling to keep its head above water during this incessant avalanche of what we call online streaming.

In just a few years, Netflix and the gang have brought giant players like DirecTV to its knees. Despite the well-documented subscriber losses quarter after quarter, some customers who have used DirecTV for years aren’t budging. This is loyalty at its finest.

But why? First off, for some well-heeled folks, money really isn’t an issue. These customers don’t want to deal with the hassle of changing cable or satellite TV providers or heading online to figure out which online platform is the best. For them (likely in the 50-plus age group), saving a few bucks does not trump the uncertainty that lies ahead.

The second reason why some still stick with DirecTV, despite the hefty monthly bills, is that you know what you’re going to get. With their diverse TV plan offerings, you will get between 150 and 350 channels. Sure, you probably won’t watch half of them, but some do sleep better at night knowing that they have unbridled access to such channels and content.

No. 3 is something that had been a major driver of customers to DirecTV for years – and that is the NFL Sunday Ticket. With this popular package, you will have access to all out-of-market Sunday NFL games, a must-have for any serious football fans out there.

Sunday Ticket comes with the CHOICE, XTRA, ULTIMATE and PREMIER packages, and they range from $60 to $125 per month. Keep in mind that these are the initial promotional prices. If you want to commit to a lower-priced package and still wish to have NFL Sunday Ticket, it will set you back about $300 for the season.

Another reason not to jump ship is the plenty of options for premium channels and add-ons. DirecTV even tosses in, for your first three months, a free subscription to HBO, CINEMAX, SHOWTIME, STARZ and EPIX. But be sure to keep an eye out on how much you’ll be charged after the promotional period ends. The on-demand content isn’t too shabby as well, as DirecTV boasts more than 50,000 shows and movies.

Finally, what often gets overlooked is DirecTV’s Genie DVR, which is a solid option when compared to what’s available in the cable and satellite TV market. At 200 HD hours, it comes with plenty of storage for the everyday user, but still well behind the 500 hours offered by the Dish Hopper 3. This DVR comes with the capability to record up to five shows at once for that added convenience.