Only One 2020 iPhone Will Have mmWave 5G. Here's Why That Matters. 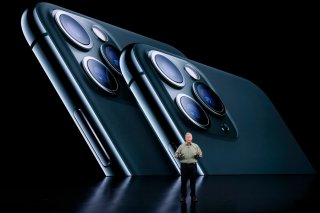 For most of the year, it’s been known that either most or all of the 2020 iPhones would have 5G capability, with more recent reports seeming to confirm that all of them will. However, there’s been additional speculation over exactly what type of 5G the new iPhone lineup will have.

There are two types of 5G, sub-6 GHz and mmWave. mmWave technology is said to be the faster of the two, although there have been some concerns raised over whether the signals can get through walls. AT&T and T-Mobile’s 5G networks in the United States are based mostly on the sub-6 standard, while Verizon’s is based mostly on mmWave.

Now, a new report states that only one of the new iPhones will use mmWave 5G technology.

Fast Company, citing a “wireless industry source,” reported Thursday that while all four of the new iPhones coming later this year would support sub-6 GHz 5G, only one—the highest-end one, likely to be called the  iPhone Pro Max—will offer mmWave capability.

The site’s source went on to say that “the largest phone in the line has room inside for the special antenna design required for millimeter wave and larger battery needed to accommodate millimeter wave’s significant power draw,” and that the iPhone with mmWave capability will only be available in a handful of countries, including the U.S., Korea, and Japan, when the new devices launch.

There had been other reports this year that two of the new iPhones would have mmWave capability, and that two would not. Apple is expected to announce the new iPhone lineup at some point in September, with the company’s CFO admitting on its most recent earnings call in July that the iPhone lineup would arrive a few weeks later this year than did last year’s lineup, which debuted in September.

Fast Company’s source also said that Apple “ may launch a new low-priced 4G iPhone in the iPhone 12 line next spring,” meant as a successor to the iPhone SE.