iPhone 11, by Far, Was the Top Selling Smartphone Globally This Year (So Far) 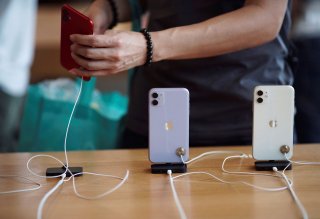 We already know that Apple has had a huge year for iPhone sales, which led to huge profits for the company and the first-ever $2 trillion valuation for a public company.

Now, a new study shows that one particular iPhone model was the most popular in the world in the first half of this year.

According to Omdia’s Smartphone Model Market Tracker for the second quarter, the iPhone 11 was the most popular smartphone in the world in the year’s first two quarters, with 37.7 million units sold. And it was the top model by far, more than tripling the sales figure of the second-most popular, Samsung’s Galaxy A51, which shipped 11.4 million.

The 2020 edition of the iPhone SE sold 8.7 million units in the first half of the year despite only arriving in April.

According to Omdia, the huge performance of those devices was largely about the lower price.

“Despite the impact of Covid-19 in the first half of this year and the movement restrictions imposed in various countries along with it, and production disruptions, iPhone 11 shipped 10.8 million more units than last year’s No. 1, iPhone XR,” the report said. “A key driver for the success of iPhone 11 is the lower starting price. iPhone 11 launched $50 cheaper than the previous iPhone XR while adding significant hardware improvements, like a dual-lens camera. iPhone XR did not feature such upgrades.”

Omdia also noted that only one Samsung device made the top ten, and none of its flagships made the top ten at all. In addition, Huawei was the total worldwide shipment leader in smartphones, although it was spread among enough devices that none of them made the top ten individually.

Apple is expected to unveil its latest lineup of iPhones this fall, as four new models are expected to arrive in October, with all four featuring 5G capability and OLED screens. Apple is likely hoping for one of those models to dominate the way that the iPhone 11 has so far in 2020.