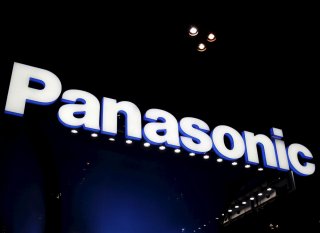 Traditionally, CES in January is the big event for major manufacturers to debut new TVs, which then typically roll out by the spring and summer. But this week, manufactures are debuting their wares at the IFA show in Berlin, which is taking place both virtually and in person.

Philips, on Thursday, debuted its latest OLED TVs, which are part of a partnership with Bowers & Wilkins. And now, another well-known manufacturer has showed new TV products at IFA although, like Philips, those TVs are not set to arrive in the North American market.

Panasonic, per an English translation of its German-language website, has debuted the HZW984 series, a new 4K OLED TV range. The new TVs, the company said, “is particularly aimed at viewers who want to experience films at home as well as in the cinema.”

The range follows the HZ2000, Panasonic’s 2020 OLED flagship, which debuted at CES in January. The company also recently introduced a budget OLED TV, the HZ980.

The new HZW984 series, which comes in 55- and 65-inch sizes, sports a HCX Pro Intelligent processor, and also offers Filmmaker Mode and Netflix Calibrated Mode, along with Reference Surround Sound and Dolby Atmos capability, as well as Dolby Vision. The TV uses an interface called My Home Screen 5.0, which is also available on Panasonic’s other new TVs this year.

Stefan Sonnenfeld, a Hollywood colorist whose credits include “Star Wars: The Force Awakens,” “A Star is Born,” and “Wonder Woman,” cooperated with Panasonic on the creation of the HZW984 series, as he did for other Panasonic TVs this year.

However, do not expect the new models to ever arrive in the United States. The Japanese brand was once a major player in America, in the days when the plasma TV category reigned and Panasonic was the leading brand in it. Other brands, including LG and Samsung, also made plasma models, but Panasonic was associated entirely with that technology, which eventually fell out of fashion in favor of LED TVs.

Panasonic stopped making plasma TVs in 2014 and exited the U.S. TV market altogether in 2016. Panasonic still sells various products, including computers and food service systems, in America, and the company built a new North American headquarters in Newark, New Jersey, in 2013. That building was sold, for $165 million, in 2016.