Paramount+: All of Your Questions Answered 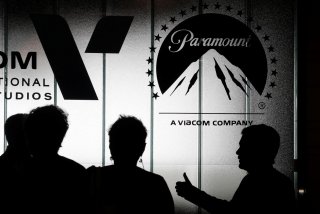 Those who watched Super Bowl LV on television on Sunday likely noticed a massive amount of advertising for Paramount+, a streaming service that’s set for launch on March 4. The ads, which had debuted a couple of weeks earlier, featured groups of characters from the shows and movies that will be featured on the service gathering together on top of a mountain, including Dora the Explorer, Jersey Shore’s Snooki, various characters from different Star Trek franchises, Beavis and Butt-head, and announcers from CBS’ NFL coverage.

Many of those watching the game, which aired on CBS, were likely wondering what Paramount+ is. Another streaming service? Especially another with “plus” in the name? What exactly is this?

In reality, Paramount+ isn’t entirely new. It represents a rebranding of an existing streaming service, CBS All Access, which has actually been around since 2014, which makes it much older than many of its rivals. The rebranding follows the re-merging of Viacom and CBS, incorporating content associated with the brands of both companies, and will also coincide with the service’s international launch.

Why a mountain? It’s because the longtime logo of Paramount Pictures incorporates a mountain. And Paramount+ is using the slogan “a mountain of entertainment.” The commercials, however, were somewhat baffling to many viewers. “These Paramount Mountain ads are worse than the worst moments of Star Trek: The Next Generation season 1,” TV critic Alan Sepinwall said on Twitter during the game.

CBS and Paramount are both brand names under the ViacomCBS umbrella, although Paramount is better known internationally, which ViacomCBS has said was the reason they went with that name.

When the merger of Viacom and CBS was completed in late 2019, CBS All Access began adding shows from Nickelodeon and other brands associated with the Viacom side, and in mid-2020, the service added a large cache of classic movies from Paramount Pictures.

ViacomCBS has said that the new service will take a “House of Brands” approach, similar to that of Disney+, only instead of Star Wars, Marvel, and Pixar, it will feature CBS, the Smithsonian Channel, MTV, Nickelodeon, Comedy Central, and Paramount, among other brands.

Paramount+, at its launch, is promoting access to several different things. There’s original shows that have already been on CBS All Access, such as Star Trek: Discovery, Picard, and The Good Fight, as well as some upcoming CBS All Access originals, such as the recently announced prequel series to Yellowstone, Y: 1883 and Lioness, another new series from Yellowstone co-creator Taylor Sheridan. A limited-series revival of Frasier was also announced for Paramount+ earlier this month.

Spongebob Squarepants is prominent in the marketing for Paramount+, with several Spongebob-related projects also announced, including a new series called Kamp Koral: SpongeBob's Under Years, which will debut when Paramount+ launches, and a new movie called The Spongebob Movie: Sponge on the Run. The service will also launch a revival of MTV’s old Behind the Music series, called MTV's Behind the Music: The Top 40. The new service will also include a series called The Offer, one of multiple projects in the works about the making of The Godfather, while multiple new Star Trek series are in development.

As for the older Star Trek shows and movies, it’s not clear what their streaming availability will be. The original 1960s Star Trek, Star Trek: The Next Generation, Deep Space Nine and Star Trek: Voyager are all currently available to stream on Netflix, Amazon Prime Hulu, and CBS All Access.

Paramount+ subscribers will also get access to CBS network programming, which is good news for cord-cutters who aren’t getting such channels from cable anymore, and that includes sports programming, such as the NFL, college football and the UEFA Champions League, and all CBS News programming.

ViacomCBS offers multiple streaming services, in addition to CBS All Access/Paramount+. The company also owns Showtime and sells access to it as a streaming product. Additionally, it offers the free, ad-supported service Pluto TV, whose popularity surged during the pandemic.

In terms of cost, Paramount+ will cost $5.99 a month with limited ads, and $9.99 with none, which is a similar pricing scheme to Peacock, although Paramount+ does not offer a free tier. Subscribers can also pay $59.99 a year and $99.99 a year, for the two options. Those prices haven’t changed from those of CBS All Access. Those who currently subscribe to CBS All Access will be able to switch their subscription with a one-time sign-on on the Paramount+ website or app.

As of November of 2020, CBS All Access and the Showtime on-demand product had a total of 17.9 million subscribers; ViacomCBS does not break out which of them has what amount. Showtime will remain a standalone service when Paramount+ launches, the company has maintained, although ViacomCBS has scheduled an event for later in February when it will announce its streaming strategy going forward.

It does seem likely that Paramount+ will be the last major streaming service launch for a while. All of the major corporations that are in the entertainment industry in a serious way—Disney, AT&T/WarnerMedia, Comcast/NBC Universal, ViacomCBS, Amazon and Apple—will have already launched them, each putting the intellectual property they’ve bought or licensed over the years to use in doing so. It will represent one of the final steps in the creation of a new order in entertainment, away from cable and towards a collection of streaming services that serve most users’ needs-likely, eventually, at a total cost that looks something like what cable costs now.