Paramount+ is coming March 4 (Streaming, That Is) 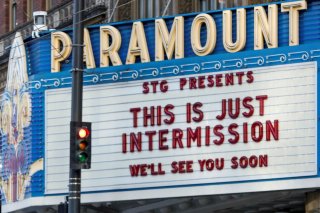 ViacomCBS, the company formed when Viacom and CBS re-merged, announced last year that its existing streaming service, CBS All Access, would transition into Paramount+ in 2021. Now, we know exactly when it will arrive.

Paramount+ is set to launch in the United States on March 4, the company announced Tuesday morning. In addition, the new service will launch in Latin America the same day, while CBS All Access will turn into Paramount+ in Canada the same day.

The company also said that it will host an investor event on February 24 to share its streaming strategy going forward. The event, ViacomCBS said, “will deliver a comprehensive overview of the company’s streaming strategy, including Paramount+, Pluto TV, and Showtime OTT.” It’s not known exactly what type of bundle might be offered.

Showtime OTT is the streaming version of the Showtime premium TV network, which mostly streams Showtime’s original shows. Pluto TV is a free, ad-supported streaming service that offers more than 200 linear channels, and has grown substantially in popularity in the last year. CBS All Access currently costs $5.99 a month with ads and $9.99 a month for the ad-free version.

According to CNBC, ViacomCBS has said that the company will not be raising prices along with the name change, although “we can expect to hear more on pricing on Feb. 24.”

In the United States, at least, Paramount+ will offer everything CBS All Access does, plus more. And in 2020, CBS All Access added a massive amount of movie and TV content from Paramount’s library, including all three films in the “Godfather” franchise. The newly launched service will feature that content, as well as shows and movies drawn from MTV, VH1, Comedy Central, Nickelodeon, and other networks owned by the company.

CBS All Access has been around since 2015, and its most prominent original shows are associated with Star Trek, including Star Trek: Discovery and Picard.

“Building on Paramount’s iconic brand and legacy of storytelling, Paramount+ will feature a unique combination of live sports, breaking news and a mountain of entertainment content, spanning more than 30,000 episodes and movies,” ViacomCBS said when it released its earnings last fall.

ViacomCBS is believed to have decided to switch the Paramount name because it’s better known internationally than the CBS brand.

When it launches, the new service will have some stiff competition, from established streaming services like Netflix, Hulu, Disney+ and Amazon Prime, as well as new streaming giants that launched in 2020, like HBO Max and Peacock. Like Paramount+, those services are backed by major corporations and offer a large selection of intellectual property from their attached TV and film studios.