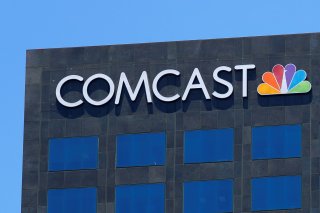 A protest outside of Comcast’s headquarters building in Philadelphia Monday asked the cable giant to do more to provide Internet access to low-income residents in that city, ahead of the start of the school year.

According to Philadelphia Metro, demands include for Comcast to open up residential hotspots in order to expand Wi-Fi access, while also providing faster speeds for low-income households and provide those participating in virtual schooling this fall with free Internet service.

Protesters, joined by Philadelphia City Council member Helen Gym, delivered a stack of petitions to Comcast, outside the Comcast Center.

In late March, shortly after the coronavirus shutdowns began, Comcast announced a series of initiatives. It announced that it was offering two months of free Internet for its Internet Essentials customers - an offer since extended - while also announcing that its Xfinity Wi-Fi hotspots, available outdoors and at businesses, would be made available for free, even for non-Comcast customers. That has since been extended through the end of 2020.

Comcast did not make available the Wi-Fi from customers’ home routers, the signal of which is meant to be for home users and their guests. Some activists have suggested that the company should do that, in order to make signals stronger. Three U.S. senators wrote a letter back in early May suggesting a similar move, but Comcast has long said that they would not ever take that step.

In a controversy this past April, the Philadelphia School District published a guidance online as to how students who did not have Wi-Fi service at home could connect in order to do their schoolwork, with Comcast’s Internet Essentials and other programs from other tech companies listed. One suggestion on the list was “parking lot,” which would have entailed sitting in the parking lot near a school in order to use that Wi-Fi. The District later removed that item once it became controversial.

The Philadelphia public schools will be conducted entirely over the Internet, at least at the start of the school year, public officials announced last month. The earliest that any in-person classes could be held in mid-November.

“We’re going to solve that problem,” Philadelphia Schools Superintendent William Hite said last about the Internet gap, per The Notebook. “All of our children who need internet access will have it.”