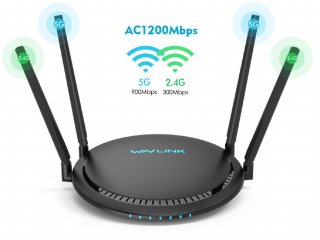 After years of buildup, 5G is finally here. Its networks are being built up around the U.S. and the world, 5G-capable smartphones are beginning to roll out, and the rise of the technology has even birthed a bizarre (and debunked) conspiracy theory that 5G is responsible for the spread of coronavirus.

With 5G Internet much faster than its predecessors, some have asked whether it will ever replace Wi-Fi or other forms of in-home broadband technology.

This question has been raised from time to time, and most experts say the answer is either no, or not yet.

"While it’s certainly possible that 5G can replace WiFi, there’s a good chance that it won’t," equipment supplier ActionTec wrote in a blog post last year. "5G has too many limitations — like capacity and coverage issues. Plus, 5G and WiFi are better as complements rather that competition."

AT&T's business site posted a similar sentiment, in regard to the future of financial services.

"This question [of whether 5G will replace Wi-Fi] has resurfaced with the emergence of 5G and Wi-Fi 6. Many industry experts believe that Wi-Fi will coexist with and can even be a key part of many 5G use cases." AT&T offers an e-book exploring that question.

"Don’t expect much to change at home," the site said. "Rumours of home broadband’s demise in the face of 5G have also been wildly exaggerated, even if surveys suggest to go entirely wireless is what consumers would like. In fact, the radio frequency at which 5G operates, using higher millimetre waves, means it has trouble with long distances and penetrating walls.”

An analysis last December by Ars Technica stated that 5G "can match the speed and latency of fiber-optic broadband, with downloads of 1 gigabit per second and ping times under 10 milliseconds." However, there are hurdles to that technology replacing broadband, as 5G lacks the speed and spectrum availability of broadband.

5G and Wi-Fi services, meanwhile, are sometimes sold by the same companies. Verizon, in 2018, began offering 5G Home Internet, and it's now available in a handful of markets, including Chicago, Sacramento, Los Angeles and Indianapolis. A wider deployment is expected in the second half of this year.

Meanwhile, Wi-Fi isn't going away. Wi-Fi 6 has begun rolling out as well, and the FCC recently approved the spectrum for its successor technology, Wi-Fi 6E.