A 'Reboot Loop': Why Are Samsung Blu-ray Players Breaking Down? 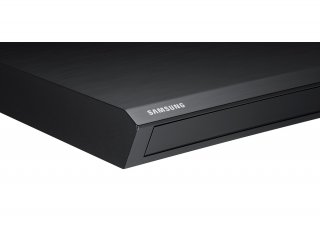 A flurry of reports came into Twitter, Reddit and the tech press over the weekend stating that Samsung Blu-ray players had suddenly stopped working, and regressing into a “reboot loop.”

"I had been using a Samsung DVD player (BD-J5700), connected to Netflix, to watch Avatar: the Last Airbender all week," a poster to the Samsung subreddit said Saturday. "Then tonight, upon turning on the system, it got stuck in an infinite reboot. I did some troubleshooting, and found that hundreds of people all have the same issue, within the past 24 hours."

Numerous people replied to that post, reporting the same issue, on multiple different models, including the BD-J5700 and HT-J5500W. There were also reports about trouble with users' home theater systems. One user posted a video of the "reboot loop" that has been taking place.

The issue was also discussed on the Samsung community forum, with a community manager named "SamsungSabrina" posting Saturday that "we are aware of customers who have reported an issue with boot loops on some Blu-Ray players and we are looking into this further. We will post an update here on this thread when we have more information." Beyond that, there hasn't been an official corporate communication from Samsung, at least as of Monday morning.

ZDNet reported that while "some users have speculated that the issue could have been caused by a botched firmware update; however, this doesn't look to be true," as Samsung doesn't usually put out firmware updates to most or all of their existing Blu-ray players at the same time. An expired SSL certificate, the report said, appears a more likely explanation.

Customers don't appear to be happy.

"This is class-action lawsuit worthy. In the meantime I just want my disc back," one Redditor said. "I love my S10 but honestly this company once commercially marketed a bomb so it's pretty frustrating to see an update kill all of our Blu Ray players." (The "bomb" was presumably a reference to the Galaxy Note 7, which was recalled in 2016 after reports of batteries that caused the phones to catch fire.)

While much of the home entertainment world has shifted from physical discs to streaming, Blu-ray players remain in wide use among those who prefer the reliability of physical media, as well as collecting the discs themselves. Meanwhile, many users — including quite a few who complained of Samsung’s problems — use their Blu-ray players to watch streaming services.