Roku Warns of HBO Go Shutdown in Email to Users 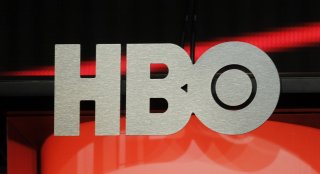 When AT&T's HBO Max launched on May 27, it created a great deal of confusion among HBO customers and other users. How does the new streaming service differ from HBO's existing streaming products, like HBO Go and HBO Now?

HBO Max consists of every HBO show, plus a great deal more original content and older movie sand TV shows. HBO Now is the standalone streaming service, providing the standard HBO to cord-cutters, while HBO Go is the streaming version of same, for cable subscribers.

Bowing to pressure from the confused, the company announced June 15 that it was streamlining its streaming products: HBO Go would go away completely at the end of July, and while HBO Now would continue, it would now be known only as "HBO," much the way Showtime's standalone streaming service is called merely "Showtime."

This perhaps eliminated some confusion, but also added more questions, one of which was, what happens to users who get HBO on their Roku? Roku, like Amazon, has still yet to reach a deal with HBO to carry HBO Max on their platforms, meaning that users who rely on the two older apps will be out of luck once the shutdown takes place.

This week, Roku responded, in an email to its users.

"As you may know, HBO made the decision to discontinue access to HBO GO on nearly all streaming platforms as of July 31, 2020," the email said. "We are disappointed that HBO will no longer give its customers access to HBO GO - and that HBO is taking this action at a time when so many people are at home."

Roku went on to announce that it has asked HBO to reconsider their decision, before sharing ways to still get HBO.

"Existing HBO users that subscribe through Comcast, Charter or AT&T TV can stream HBO on the Comcast Xfinity Stream, Spectrum TV and AT&T TV channels available on the Roku platform," the email said.

It's unclear what the status is of negotiations between HBO and Roku or Amazon.

Roku's stock surged last week on unsubstantiated rumors that Google was looking to buy the company.