Samsung Smartphones May No Longer Include a Charger Starting Next Year 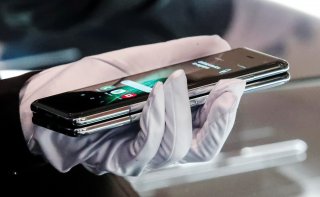 Samsung may also ditch smartphone chargers in the box

It's not even officially confirmed yet that Apple will no longer include a charger with this year's iPhones, but now there are reports that its biggest smartphone rival is planning a similar move.

Multiple reports from analysts who follow Apple have stated the company will no longer offer a charger or earbuds in the box when this year's iPhones arrive, in favor of new, sleeker packaging. Ming-Chi Kuo of TF Securities and a team from Barclays are among the analysts who have reached that conclusion, as did a Nikkei Asian Review report earlier this week, which also stated that Apple will use OLED panels for this year's entire iPhone line.

It's unlikely that we'll know exactly whether that is true until Apple officially unveils the new phone, which usually happens in September. But now, it appears Samsung is considering a similar move.

The Korean news website ETNews, as cited by The Verge, reported that Samsung "may not include chargers in the boxes of some of its smartphones starting in 2021."

Their reason for doing this include cost and environmental considerations, as well as the knowledge that most owners of the devices still have their older chargers. The lack of chargers and earbuds, of course, allows those companies to make money by selling them separately.

Assuming both reports are true, it's not clear which of the rivals had the idea first.

While the report says Samsung would not make the change until 2021, the company announced this week that it will soon announce more 2020 smartphones. The next Galaxy Unpacked event is scheduled to take place, virtually, on August 5. At the event, Samsung says, consumers and media are invited to "explore our latest Galaxy Devices ecosystem designed to empower your life."

The new Galaxy Note 20 lineup is expected to make its debut at that event, including the Galaxy Note Ultra model that was accidentally leaked earlier this summer. Some reports have also indicated that the Samsung Galaxy Fold 2 may also debut at the August event.