Samsung's New Note 20 (Everything We Know, So Far) 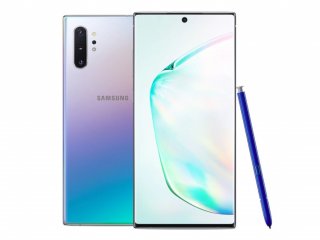 The Galaxy S20 made a big splash at this year’s Unpacked event, quickly earning the title of one of the best Android phones of 2020. However, many of Samsung’s most loyal fans have their sights set on the upcoming Galaxy Note 20.

The Note line has long been an annual showcase of the very best mobile technology that Samsung has to offer, and this year’s model is shaping up to be no different. From hotly anticipated features to a prospective release date, here is everything we know about the Note 20.

In what is perhaps the biggest Note 20 leak to date, an accidental listing by Samsung Russia showed what appears to be a Note 20 Ultra in a striking new “Mystic Bronze” color. The Note 20 borrows several design principles from the S20 line, including a chunky rear camera bump that houses numerous lenses and sensors. As with the S20, the volume and power keys are both on the right side of the device—a welcome change over the left-sided buttons layout of last year’s Note 10. In another longstanding design distinction between the Note and Galaxy lines, the Note 20’s frame appears more angled and rectangular in comparison to the aggressively rounded corners of the S20. The S-Pen, also shown in the leaked photo, looks the same as its prior iteration on the Note 10. It’s very likely, however, that the pen boasts some marginal improvements under the hood—prior leaks by industry insiders suggested an improved response time, making for a smoother writing and drawing experience.

If this hefty-looking device is, in fact, a Note 20 Ultra, then the latest leaks all but confirm widespread speculation that the Note 20 will adhere to the same model range structure as the S20: an entry-level Note 20, a mid-range Note 20 Plus, and a top-end Note 20 Ultra. Concrete specifications remain elusive at the time of writing, but quite a lot has been predicted by industry insiders with a track record of accuracy. The excellent 120Hz display of the S20 will be making a return, along with a significant screen size differential between the baseline Note 20 and larger Note 20+/Ultra— the former will be around 6.5 inches, while the latter two will likely be slightly downwards of 7. As I mentioned in my hands-on review of the S20, here’s hoping that Samsung will improve on perfection by giving Note 20 users the option to enable 120Hz refresh rate and 1440p resolution at the same time.

The Note 20 will receive a significant battery bump from the Note 10, with current rumors suggesting the same battery capacities as the S20 lineup: 4,000 mAh for the baseline model, 4,500 for the Note 20+, and 5,000 for the Ultra. RAM values are rumored to also get a boost, with the baseline entry starting at 12 GB RAM and the top-end Ultra model going all the way up to a whopping 16 GB. In keeping with the S20 line, 5G compatibility is all but guaranteed for every Note 20 model.

Preempting Apple’s iPhone launch event by one or two months has become a core pillar of Samsung’s summertime release strategy and, if current insider projections prove correct, we won’t have to wait much longer to see what Samsung has in store with the Note 20. Despite ongoing concerns that the Coronavirus pandemic could wreak widespread disruption across the tech industry, Samsung is very likely sticking with its customary late August release schedule for the Note 20.