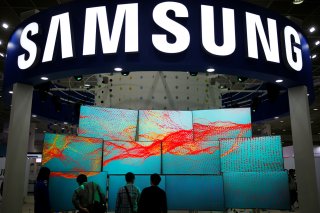 Samsung this week announced the arrival of its latest QLED TV, the 8K Q700T. Ahead of the annual IFA show in Berlin, the announcement was made by Samsung’s UK division, and it’s unclear when the TV will be available in North America.

The new TV, like all 8K TVs, offers upscaling, while the Q700T offers eight dedicated speakers, Adaptive Sound+ and Active Voice Amplifier. Like most TVs being released ahead of the arrival of new Xbox and PlayStation models later this year, the new 8K TV is being marketed towards gamers.

“Gamers can play on for as long as they wish, with no worries of Screen Burn guaranteed,” the Samsung UK release said.

“Customers purchasing the Q700T will feel the power of every frame with four times the resolution of 4K,” Samsung said in the press release. “Whether tensions are rising in a dark scene with someone lurking in the shadows or a breath-taking sun-filled sweeping landscape, Samsung’s QLED 8K technology captures every single moment with exceptional picture details, just as the film makers intend. What’s more, Samsung’s 8K upscaling* ensures no matter the original content, the quality will automatically adapt to give users the very best picture.”

8K TVs have been around for many years, nearly as long as 4K has, and most of the major TV manufacturers introduce them each year at International CES and other top electronics shows. However, it’s often been said that paying the high price for them isn’t worth it, for the simple reason that there isn’t really such a thing at this point as 8K content, whether through cable or any streaming service. In addition, it’s been said that there’s no appreciable difference between 4K and 8K, if the TVs are smaller than seventy-five inches, which the Q700T is.

And that’s not likely to change anytime soon. According to a Strategy Analytics report from two years ago, 8K TVs will only take up about three percent of the UHD TV market by 2023.

It’s likely that more Samsung TVs, including 8K models, will make their debut next January at the 2021 edition of CES, which is also being held virtually.