Scientists “Stunned”: Planet Has Lost 28 Trillion Tons of Ice in Less Than 3 Decades 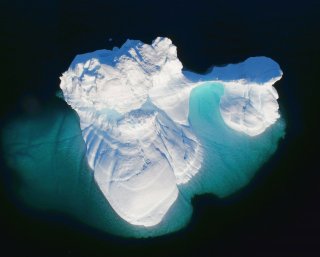 A total of twenty-eight trillion tons of ice have disappeared from the surface of the Earth since 1994, according to U.K. scientists who analyzed satellite surveys of the planet’s poles, mountains and glaciers.

Scientists from Leeds and Edinburgh universities and University College London, whose findings were published in the journal Cryosphere Discussions, described the ice loss between 1994 and 2017 as “staggering.”

“There can be little doubt that the vast majority of Earth’s ice loss is a direct consequence of climate warming,” the team stated in the review paper.

There is now potential for the melting glaciers and ice sheets to cause sea levels to rise dramatically—perhaps even as high as three feet by the end of the century.

“To put that in context, every centimeter of sea-level rise means about a million people will be displaced from their low-lying homelands,” Andy Shepherd, director of Leeds University’s Center for Polar Observation and Modelling, told The Guardian.

The scientists also noted that the rapid rate of ice melt is seriously reducing the planet’s ability to reflect solar radiation back into space. With less white ice, the dark sea and exposed soil are absorbing more heat, which can further increase overall temperatures.

“In the past, researchers have studied individual areas—such as the Antarctic or Greenland—where ice is melting. But this is the first time anyone has looked at all the ice that is disappearing from the entire planet,” Shepherd said.

“What we have found has stunned us.”

“To put the losses we’ve already experienced into context, 28 trillion tons of ice would cover the entire surface of the U.K. with a sheet of frozen water that is 100 meters thick,” he told The Guardian. “It’s just mind-blowing.”

The team’s findings match up well with the recent worst-case-scenario predictions set forth by the United Nation’s Intergovernmental Panel on Climate Change—though they could be on the conservative side, according to a peer-reviewed study published in the journal Climate Atmospheric Science.

That paper offered an even grimmer forecast, in which by the year 2300, ice sheets covering West Antarctica and Greenland will have shed trillions of tons of mass. In this catastrophic scenario, sea levels could swell by more than sixteen feet, which would redraw the globe’s coastlines.

Today, about 770 million people, or about 10% of the global population, live on high-risk land that is less than sixteen feet above the high-tide line.