Slow Death of Cable TV: Why “Keeping Up With the Kardashians” Is Ending? 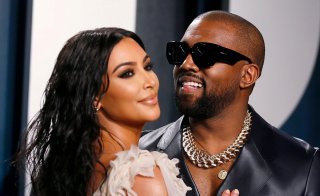 When “Keeping Up With the Kardashians” began airing on E! in 2007, Kim Kardashian was best known as a Paris Hilton-adjacent minor celebrity, whose name sounded familiar because her late father, Robert Kardashian, had been a friend and attorney of O.J. Simpson during his infamous trial. The debut of the show coincided with the release of a famous sex tape involving Kim.

The show, over the course of the ensuing two decades, became a massive phenomenon, making major celebrities of Kim and numerous members of her family, spawning multiple spinoffs and chronicling innumerable romances, marriages and divorces involving various members of the Kardashian/Jenner extended family. One member of the family, Kim’s husband Kanye West, is even running for president.

And now, the show is coming to an end, after 20 seasons.

Kim Kardashian announced on Twitter this week that she and her relatives have “made the difficult decision as a family to say goodbye to ‘Keeping Up With the Kardashians.’” At least more season will air before the show goes away for good in 2021, Kardashian said.

While positioned by Kardashian’s tweet as a voluntary decision by the family to end the show, one point has been raised — “Keeping Up With the Kardashians” is a cable show, and cable is declining in a serious way, with long-standing cord-cutting trends accelerating during the coronavirus pandemic.

The Los Angeles Times reacted to the news by emphasizing that point. The Kardashians’ show, while it had declined in ratings in recent years, was a key driver to E!, and their departure will give fans of that network fewer reasons to tune in, or for that matter to keep cable at all. Showbiz 411 had reported earlier this year that the Kardashians’ falling ratings were putting the future of the show in jeopardy.

And besides, the Times said, fans of the Kardashians can now “keep up” with them in real time on social media platforms rather than waiting for new episodes of their shows, much more than was the case when the show was new in 2007. The Kardashians, after all, have been pioneers in finding ways to turn new platforms into revenue streams.

Episodes of the Kardashians’ shows stream on Peacock, which like E! is a Comcast/NBC Universal property.

“On a macro level, though, the exit is not merely interesting because of what it means for E!, but rather what it says about the changing businesses of TV and celebrity that the show embodies,” the Times article said. "Audiences, especially younger viewers, are bailing on linear cable TV for streaming services, as well as other entertainment options, including Fortnite and TikTok.”

Overall, the end of “Keeping Up With the Kardashians” will see the departure of one of the few remaining cable shows that have drawn huge audiences, even if those audiences had gotten less huge over time.