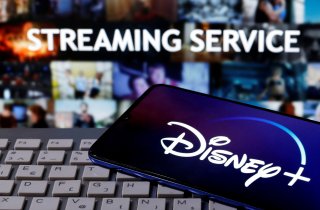 It may seem these days like there are hundreds of different streaming services. And that’s because there are.

New numbers released this week by the research firm Parks Associates, in its  OTT Video Market Tracker, show that the number of existing OTT (over the top) services in the United States has more than doubled since 2014, and now numbers nearly three hundred.

“As theaters began to reopen over the summer, film studios had to weigh their options in releasing new titles,” Steve Nason, the research director for Parks Associates, said in the release of the report.

“The decision to delay the latest James Bond film No Time to Die hit the theater industry hard and Disney’s announcement to move the Pixar film Soul to Disney+ shows studios are putting more emphasis on streaming as many theaters remain closed or at limited capacity. We could see studios who also own streaming services experiment more with different transactional and windowing options within their offerings, as Disney did with Mulan on Disney+ in September.”

“Through this partnership, NBCUniversal gets its new marquee OTT service on one of the leading streaming video platforms, and Roku gets a significant incremental revenue bump from Peacock’s advertising, no matter the split,” Nason said of the deal between NBC Universal and Roku. “The agreement will yield large gains of users and paying subscribers for Peacock as it takes on the Big 3 in OTT and newer entrants from Disney, Apple, WarnerMedia, and ViacomCBS.”

In addition, just six streaming services have ceased operations so far this year, although reports say Quibi may soon join the list of shuttered services. In 2018, nineteen services left the market.

Netflix commented on this in its quarterly investor letter, which was released during their earnings call Tuesday.

“This past quarter, we saw the debut of Comcast’s Peacock, which comes on the heels of the launch of HBO Max and Disney+,” the company said. “Disney’s recent management reorganization signals that it is embracing the shift to streaming entertainment. We’re thrilled to be competing with Disney and a growing number of other 5 players to entertain people; both consumers and content creators will benefit from our mutual desire to bring the best stories to audiences all over the world. We’ll continue to focus on pleasing our members and improving our service as quickly as possible so that we can be everyone’s first choice for online entertainment.”