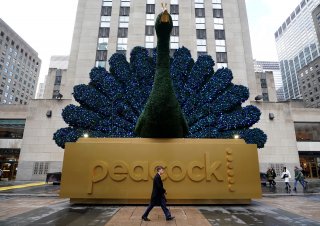 Over the weekend, Roku finally reached an agreement with Comcast to make NBC Universal’s Peacock streaming service available on the Roku platform. The companies announced Monday that Peacock is now available to Roku customers, and it rolled out to them throughout the day on Monday.

According to the companies’ press release Monday, the deal will put Peacock in households with an estimated one hundred million people, which are reached by the Roku platform.

The deal was enough to send Roku’s stock surging, jumping 16.33 percent on the day as of Monday afternoon to a fifty-two-week high, even on a day when the Dow Jones Industrial Average showed big losses.

The deal, per CNBC, followed months of negotiations, and was reached shortly after Comcast pulled NBC’s TV Everywhere channels on Friday; those were also restored as part of the agreement.

Peacock launched nationwide in July, following an April soft launch for Comcast customers only. As of last week, Comcast CEO Brian Roberts said at an investor conference, Peacock had fifteen million signups. The service is available in three tiers, which are free, Premium and Premium Plus.

Peacock, despite now existing on just about every major streaming platform, is still unavailable to Amazon Fire users. And HBO Max remains unavailable for on both the Roku and Amazon platforms. It’s unclear what the status of negotiations is between Roku and AT&T/WarnerMedia over adding Peacock, and whether the reaching of a deal between Roku and Premium will have any effect on the HBO Max talks.

“We are excited to bring Peacock and its unrivaled catalog to millions of Americans who enjoy entertainment on their favorite Roku devices,” said Maggie McLean Suniewick, President, Business Development and Partnerships, Peacock, said in the announcement. “Roku customers are engaged streamers and we know they’ll love access to a wide range of free and paid content.”

Peacock announced a deal in August to make the “Harry Potter” movies, which had been on HBO Max for its first three months before dropping off, available on Peacock. The right movies, rather than all at once, will be available to stream in windows, which begin late this year and continue into 2021.