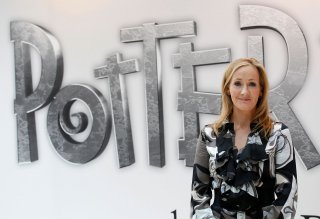 When HBO Max launched at the end of May, those subscribing got a surprise: The entire run of “Harry Potter” movies was available, even though those movies had not been advertised as part of the service’s offerings. That availability appeared to have happened as a result of a last-minute deal, along with the one that made HBO Max available to Comcast subscribers.

But that deal wasn’t a long-term one, as it was reported last month that the eight “Harry Potter” movies would be leaving HBO Max on August 25, after about three months.

It was speculated at the time that the deal for HBO Max to carry the “Potter” films was finished in time for the HBO Max launch, but would expire in time for the movies to make the jump to Peacock, Comcast and NBC Universal’s streaming service that launched in mid-July. While the Potter movies were released by Warner Brothers, NBC Universal controls the movies’ TV broadcast rights.

This week, Peacock made it official that it’s getting the “Potter” series. But while HBO Max had all the movies at once, they will be staggered in their availability on Peacock.

The press release stated that “all eight Harry Potter films will be available to stream in windows over the next six months starting later this year and into 2021.” Their staggered arrival will begin in October.

According to reporting by Vulture, the movies will “remain on Peacock for at least a month and then return again in 2021 as part of a six-month window in which Peacock will have subscription video on demand rights to the series.”

A Peacock executive told that site that “the Potter movies will play on the service during multiple windows between October and March. The first window will last for a month, with the movies then airing on NBCU’s linear broadcast and cable networks (and, potentially, their websites). They’ll then return to Peacock early in 2021.”

Peacock is adding many key titles to its offerings in August, including “The Big Lebowski,” “The Graduate,” “E.T: The Extra Terrestrial,” and “Snakes on a Plane.”