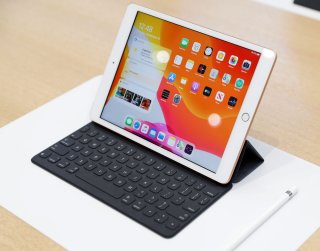 That’s according to a survey released this week by Strategy Analytics, which found that Apple maintains its lead, while the five largest manufacturers all posting double-digit gains.

Strategy Analytics’ Preliminary Global Tablet Shipments and Market Share: Q2 2020 Results found that Apple remains the top global tablet brand with 14.3 million iPad units sold, representing a 34% increase. Samsung was second, with 6.9 million units, and 40% growth, while Huawei was third, with 4.9 million and a 45% increase. Lenovo was fourth, with 2.8 million, but with growth of 51%.

In terms of operating systems, Android maintained the lead with 54.5% of the market, followed by iOS with 33% and Windows with 12%. Most of the major brands, with the exception of Apple and Microsoft, use Android operating systems. Samsung’s Galaxy Tab S7 and S7+, unvealed at its Unpacked event this week will be the first two 5G-equipped tablets available in the United States.

“As COVID-19 is still uncontained in some of the largest markets in the world and research shows certain workers and companies are getting used to remote work, it’s safe to say this won’t be a temporary change in demand,” Eric Smith, director of Connected Computing, said in the release. “Tablets have evolved from the simple entertainment slate of the boom years into devices more capable of handling work and school tasks, which has broadened the choices consumers and commercial clients face when upgrading or buying new devices for the new normal.”