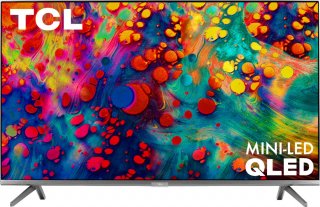 At the IFA show in Berlin this week, TCL debuted AiPQ Engine Gen 2, what it calls its “newest intelligent advancement in audiovisual optimization.”

The processor will work with TCL’s QLED and Mini-LED technology.

TCL did not unveil new TVs at IFA, as the company had taken the wraps off of its 5-Series and 6-Series QLED TVs in September, and the TVs have since debuted to positive reviews. But the company did announce several new products at the IFA show, which is taking place both in-person and virtually.

But TCL did debut several other new products at the show. The company debuted a pair of new tablets, the  TCL 10 TABMAX and the TCL 10 TABMID, as well as NXTPAPER, a new display technology that is used in the tablets. TCL described that tech as “he artistic combination of screen and paper and the culmination of two years of product research and design as well as eleven patents for eye protection.”

The two tablets will be available in the fourth quarter, at 299 and 249 euros (about $350 and $294 in U.S. dollars, respectively, although it’s not clear if the tablets will be released in the United States.

TCL also announced a new product in the wireless headphone category, the MOVEAUDIO True Wireless Headphones, which are priced at “under 100 euros.”

“Like other parts of our TCL consumer technology ecosystem, we’re bringing the expertise we have built-in home entertainment to the mobile experience which has influenced the development of our TCL MOVEAUDIO S200 True Wireless headphones,” Sharon Xiao, GM of the Smart Connected Device Business Group at TCL Communication, said in a statement.

“With this latest addition to our mobile audio lineup, we continue to expand our true wireless portfolio with a focus on ergonomic design, audio quality and of course value; which is core to every TCL product we manufacture.”

TCL had released a smartphone, the TCL 10, earlier this year.