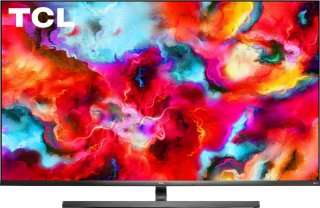 "It is our absolute pleasure to gain recognition and partner with such an elite program as IMAX Enhanced. TCL Android QLED TVs have met the highest level of standards, and ensure the best color, contrast, clarity and sound on the market," Kevin Wang, CEO of TCL Industries Holdings Co., Ltd. and TCL Electronics, said as part of the announcement.

According to the IMAX Enhanced official website, Sony and TCL are the only TV brands listed as having the certification. Sony's website lists several TVs that have the certification, including the flagship 8K TV the XBR Z8H.

However, you can't get that series in the U.S., at least not yet. Announced at CES in January, the X915 recently launched in India, along with other higher-end TCL Android TV ranges. It debuted in Europe and Australia in the spring, and TCL said at the time that it would arrive "later in other regions."

TCL mostly sells Roku-branded TVs in the U.S., and even took the top spot in TV market share in the U.S. in 2019. The company recently introduced its first Android TV series in the U.S., starting with the lower-end TCL 3-Series with Android TV. The first two models retailing for $129.99 and $199.99 at Best Buy and other retailers.

This followed the debut of the company's TCL 10 Pro Smartphone and the Alto 7+ soundbar, both in the U.S.