Tech Explained: What Is WiFi 6E? 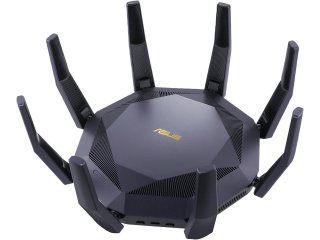 Earlier this week, Asus announced that it will debut the Asus ROG Rapture GT-AXE11000 in December, part of its Republic of Gamers brand. The gaming router, per a press release, will be the first-ever router to support Wi-Fi 6E transmissions. Asus had also released the first Wi-Fi 6 router, earlier this year.

Wi-Fi 6, the successor to Wi-Fi 5, was unveiled in 2019 and has begun rolling out to routers this year. The new Wi-Fi 6 also promises access to higher-quality Wi-Fi available in large venues like stadiums and offices, for whenever such places begin to welcome large numbers of people again.

In addition, there’s an even more advanced new version of Wi-Fi, which is called Wi-Fi 6E. Back in April, the Federal Communications Commission (FCC) voted to approve the use of 1,200 Megahertz of spectrum for unlicensed use, which will include Wi-Fi. This spectrum will become available later this year. Wi-Fi 6E will run on the 6 GHz band, which was made available when the FCC approved that spectrum use.

“These new rules will usher in Wi-Fi 6, the next generation of Wi-Fi, and play a major role in the growth of the Internet of Things,” the FCC said in its April 23 press release. “Wi-Fi 6 will be over two-and-a-half times faster than the current standard and will offer better performance for American consumers. Opening the 6 GHz band for unlicensed use will also increase the amount of spectrum available for Wi-Fi by nearly a factor of five and help improve rural connectivity.”

The Wi-Fi Alliance, the industry group that sets standards for Wi-Fi, will roll out a Wi-Fi 6 certification sometime next year.

Meanwhile, Google is planning to test 6 GHz radio in twenty-six states, per an FCC filing flagged by Business Insider.

“Google proposes to conduct experimental propagation testing in the 6 GHz band to produce technical information relevant to the utility of these frequencies for providing reliable broadband connections,” the filing said, although it’s unclear exactly what product offerings Google is planning to use the technology for.