Time to Cut the Cord: No Major League Baseball, No Cable or Satellite TV? 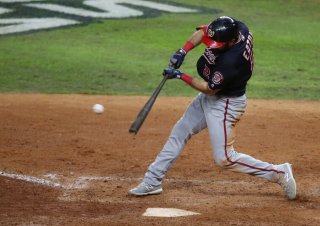 In a typical year, the Major League Baseball season begins around April 1, giving baseball fans the chance to watch their team nearly every day through October. However, 2020, needless to say, is not a typical year. With coronavirus hiring the U.S. in the spring, baseball season never got underway.

The majority of those baseball games are viewed by fans on cable. Most baseball teams either own a local regional sports network, or have a carriage deal in place with one, while national games are shown on ESPN, TBS and MLB Network.

While the NBA players and owners have reached an agreement to resume their season at the end of July, the sides in baseball remain stuck in a labor dispute, and it remains a real possibility that baseball won't be played in 2020. And if that's the case, it appears, it may lead to yet another wave of cord-cutting.

According to a recent survey by KillTheCableBill, in conjunction with Mindnet Analytics, nearly a quarter of baseball fans say they "could" cancel their cable subscriptions in the event of there not being a baseball season this year. The survey questioned 751 fans, with 555 of them current pay-TV subscribers.

A total of 24 percent of those surveyed answered either "very likely" (7.2 percent) or "somewhat likely" (16.6 percent) that they would cancel their cable service, while the rest (76.2 percent) answered "unlikely."

Those surveyed were also asked whether they will continue watching baseball in 2021, if there's no season in 2020. Of respondents, 78 percent answered that they'll watch the same amount, while 19.6 percent said "yes, but I'll watch less," while just 2.4 percent said "no, not at all."

Also, 17.3 percent of those asked said they would blame the owners in the event of a canceled season, 10.3 percent blamed the players, while 49.5 percent said "it's outside of anyone's hands."

Then there's the question of what happens if the season happens, only without fans. When it comes to what they would do without cable, the respondents were asked, "assuming fans won’t be allowed to attend games, what’s the most you’d pay to stream the games you really want to see?" Just over a third asked said they would pay $5 per game they wanted to see, while 11.6 percent said they would pay $10 per game. Nearly half, 47.4 percent, said they wouldn't pay for that.

As usual, the caveat applies that KillTheCableBill is a specifically pro-cord-cutting site, and does not approach the numbers as a dispassionate observer. A pair of recent surveys by the same site looked at the industry's recent major subscriber losses.