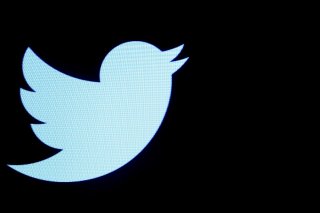 Twitter has announced efforts to crack down on messages from accounts that are not genuine, and that includes the use of what’s known as “copypasta”—the use of copied strands of text that are posted by dozens or hundreds of people.

“We’ve seen an increase in “copypasta,” an attempt by many accounts to copy, paste, and Tweet the same phrase,” Twitter’s official communications account tweeted on Thursday. “When we see this behavior, we may limit the visibility of the Tweets.”

The move comes amid concerns about social media campaigns seeking to manipulate public opinion during an election year.

NBC News reported this week about a social media campaign that recently “pushed messages from fake accounts about Black people abandoning the Democratic Party.” The campaign created bogus personas who claimed to be African-Americans who had always voted Democratic but were switching their votes to the Republicans this year.

The tweets often used the same repeated phrases, while also using profile pictures that were stolen, including from a least one prominent Instagram model. This was a tactic also used in 2016 by the Internet Research Agency, a troll farm employed by the Russian government that also impersonated African-Americans in order to criticize Hillary Clinton.

The concerned accounts were banned by Twitter for spamming, the report said. Twitter, back in July, announced a big crackdown on accounts that push the QAnon conspiracy theory, which alleges that a cabal of political and entertainment industry figures are involved in sex trafficking. Twitter also joined other social media companies in blocking a video, from a group called America’s Frontline Doctors, which pushed coronavirus misinformation. President Donald Trump had shared the video on his Twitter account.

Also this week, in the wake of the NBA’s protests against the police shooting in Wisconsin that culminated in NBA teams sitting out playoff games, another apparent copypasta campaign hit Twitter. Numerous tweets were posted using an identical phrase: “I’m done with NBA. It’s turned into an extension of the far left. Won’t watch. Don’t care. Used to enjoy games. Enough is enough.” Ben Collins, the author of the NBC story, tweeted that he has heard “I’m done with NBA” is “a meme in Spanish NBA Twitter.”