Verizon Fios and AT&T are the Internet Speed Kings: Report 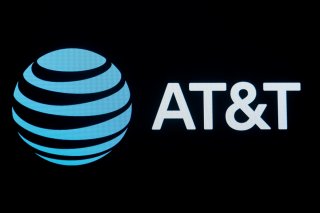 Internet speeds, both mobile and at home, are getting faster, according to a survey published by Ookla, citing Speedtest Intelligence data.

The  Q2 2020 Speedtest United States Market Report by Ookla, which measured 1.6 million unique mobile user devices and 18.9 million fixed broadband devices, found that Internet speeds have increased 15.8 percent on mobile and 19.6% on fixed broadband, compared with the year before.

“Although Sprint merged with T-Mobile earlier this year, we have considered the companies’ performance separately here as the networks have not been fully integrated. We will combine their results when the integration is complete,” Speedtest Intelligence said of the methodology.

AT&T also had the highest consistency score in the survey.

However, it looking at 5G connections on only the fledgling 5G networks, Verizon had the fastest speed score among the carriers, with 870.50, with AT&T second, Sprint third and T-Mobile fourth. However, “if we look at all tests taken on 5G-capable devices,” AT&T was first, followed by T-Mobile, Verizon and Sprint.

And in terms of devices, Samsung’s Galaxy S10 5G was ranked the fastest, followed by another Galaxy device, the S20 Ultra 5G, with the LG V60 ThinQ 5G ranked third.

As for fixed broadband, Verizon Fios was the fastest, with 117.14, followed closely by Xfinity (107.89), Cox, Spectrum, AT&T Internet and CenturyLink. Verizon was first for latency, while Spectrum ranked #1 for consistency. This is consistent with recent reported numbers.

When it came to speeds by region, New Jersey was the fastest by median download over fixed broadband, followed by Massachusetts, Rhode Island, New York, Florida and Hawaii, while Wyoming was last. Kansas City was the fastest city, followed by San Antonio, Austin, Lincoln, and Raleigh, while Toledo, Ohio, was ranked last of the 100 cities listed.