Walmart Will No Longer Require $35 Minimum for Walmart Express Deliveries 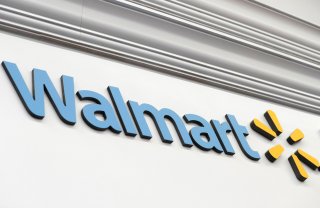 Walmart announced Monday that it will no longer require a $35 minimum for Express deliveries. Regardless of the size of the order, Express delivery costs $10 in addition to the delivery charge. Express is a service for delivering groceries and “pantry staples,” as well as other products.

Those who are members of Walmart+ will pay only the Express fee.

“Many customers use Express delivery for when they’re in a pinch, whether it be a missing ingredient for a weeknight dinner or a pack of diapers,” Tom Ward, senior vice president of customer product, said in the announcement.

“Customers told us sometimes the items they needed in a hurry didn’t meet the minimum, so we’re removing it, making it even easier for customers to get what they need when they need it.”

The company had previously, in December, dropped the requirement for a $35 minimum purchase for free next-day and two-day shipping on online orders.

“Customers know they can trust us and depend on us, and we’ve designed this program as the ultimate life hack for them. Walmart+ will bring together a comprehensive set of benefits where we see the greatest needs from our customers and where our scale can bring solutions at an unprecedented value . . . Life feels more complicated than ever. Walmart+ is designed to make it easier—giving customers an option to not have to sacrifice on cost or convenience,”  Janey Whiteside, chief customer officer of Walmart, said at the time that Walmart+ was announced last fall.

Also this week, Walmart advanced its recent move into the financial sector. CNBC reported Monday that Walmart has hired away a pair of Goldman Sachs bankers to launch a new financial tech startup. The company announced that it was teaming up with Ribbit Capital to offer “next-generation digital financial products.” The company will be a joint venture, with Walmart owning a majority stake.

“For years, millions of customers have put their trust in Walmart to not only save them money when they shop with us but help them manage their financial needs. And they’ve made it clear they want more from us in the financial services arena,” John Furner, president and CEO, Walmart U.S., said in the January announcement.

“We’re thrilled to work with Ribbit Capital in a new venture to help us deliver innovative and needed options to our customers and associates—with speed and at scale.”