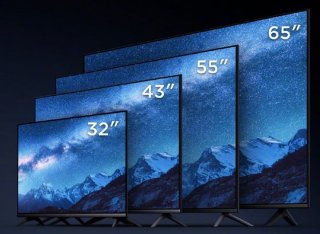 Xiaomi is a Chinese electronics company that's been in business for about ten years. They're mostly known for smartphones, and in recent years have appeared on most lists of the highest-selling smartphones in the world, despite not having its products available in North America.

According to a Strategy Analytics report, Xiaomi is fourth in global market share of 5G smartphones, with just over 10 percent of the market, while another report from the same firm listed the Xiaomi Redmi 8 is the second-most popular Android smartphone worldwide. In a separate report in May from Counterpoint Research, which looked at the premium smartphone market, Xiaomi was the fourth most-popular brand in both China and Latin America, and the fifth most-popular in Western Europe.

Xiaomi has made smart TVs going back to 2013, but now the company has unveiled its first entrant into the OLED TV space.

According to Engadget, Xiaomi has unveiled its "Master Series" of new OLED TVs. Launched in China this week, the series is led by a 65-inch model, which utilizes a  10-bit 4K 120Hz LG OLED panel.

In addition, the new TV sports a Dolby Vision, HDR10+, HDR and HLG, as well as the  65-watt, 5-channel Dolby Atmos speaker system.

As has often been a selling point for new TVs released this spring, such as those recently unveiled by Vizio, the Master Series is “born for the next generation of game consoles," with the PlayStation 5 and the Xbox Series X both scheduled to arrive later this year, and gamers looking for the best possible TV picture.

The Xiaomi flagship TV is priced at RMB 12,999, or around $1,840 in U.S. dollars. As with its phones, there's no indication that Xiaomi's TVs will arrive in the U.S. anytime soon. Gadgets 360 reported that while the TV goes on sale in China on July 3, there’s been no word yet on the timing of its international availability.