Watch Out QLED: LG Has Some Insane OLED TV Ideas 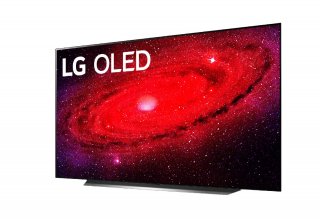 LG Display, the company that makes the majority of the world’s OLED panels, last year launched a competition called OLEDs Go!, in conjunction with the UK design magazine Dezeen, to give designers the chance to create concepts using OLED technology.

Now, the company has selected five finalists in the competition, out of 220 entries from more than 50 countries.

The first-place winner was a new OLED concept called “Scroll.”

“Taking advantage of the OLED panel’s slimness, the concept attaches to the wall seamlessly while supporting a wide shelf below its large display. The artist uses the transparent screen to bring a whole new dimension to any room by blending into the wall and harmonizing with the surrounding interior rather than grabbing all the attention,” according to LG Display’s description of Scroll.

The second place finisher was “Signal,” which features “a foldable OLED screen that doubles up as a lamp.”

“Its book-like form and mood-setting ambient lighting went on to gain positive attention for demonstrating an inventive way of utilizing a room’s space through bendable technology,” the company said.

The other three concepts that were named as finalists included Flag.R, Trollie, and Console. That latter one was described by LG Display as “a table concept that arches over the viewer’s bed so that they can watch TV before bedtime.”

“The OLEDs Go! competition challenged some of the world’s most talented designers to create beautiful display concepts that highlight the unique attributes of OLED,” LG Display said in its press release.

“On the search for fresh and innovative ideas that enhance the user experience, LG Display and Dezeen gave participants the opportunity to explore their creativity even deeper through the company’s light, slim, rollable, bendable and transparent OLED technologies which are not only easy on the eyes, but also eco-friendly, to promote healthier lifestyles and greater sustainability across the globe.”

The concepts remain concepts, for now, and are not available for purchase, although LG Display says that they “will be considered for commercialization once their market potential has been reviewed” by engineers and others with LG Display.

“Based on the unprecedented scalability of OLED, LG Display is continuing to push OLED into the mainstream through its strategy of open innovation,”  Dr. Chang-ho Oh, Executive Vice President & Head of the TV Business Unit at LG Display, said in the release.

While LG Electronics is one of the world’s major manufacturers of OLED TVs, LG Electronics and LG Display are actually separate companies. LG Display began as a joint venture between LG and Philips, although LG Display was spun off and became an independent company in 2004.