What Happened to the 5G Protests? 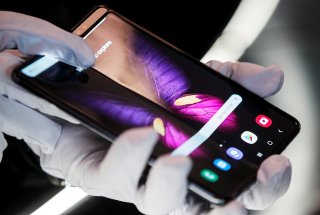 In recent months, due in part to a nonsensical conspiracy theory that 5G technology has something to do with the cause or spread of the coronavirus pandemic, there have been numerous reports of attacks on 5G towers and other infrastructure. The attacks have mostly been concentrated in the U.K. and parts of Europe, although there were some reports of them taking place in Canada more recently.

There have not, as of yet, been reports of attacks on 5G towers in the United States.

This past weekend, however, various entities inside and outside of government warned some protests or even attacks related to 5G could take place in the U.S. However, it doesn't appear that any actually did.

An organization called Stop 5G International, on their website, declared June 6 as the latest "International Stop 5G Global Protest Day." The organization held a webinar, and also offered a list of "suggested actions," which included raising awareness, hanging signs, signing and delivering the organization's appeal, and even a "playlist of counter-5G songs and inspiration."

The site does not in any way suggest any type of violence or property destruction, and while it listed several in-person events around the world to take place Saturday, the only ones scheduled in the U.S. were a noon rally on the front steps of a building in Los Angeles, and a " a small group of folks (social distancing)" in the forests in Oregon.

However, heading into the weekend, an advisory was issued by the Department of Homeland Security's Cybersecurity and Infrastructure Security Agency (CISA.)

The advisory, as reported by the website Cyberscoop, states that “while the U.S. has not seen similar levels of attacks against 5G infrastructure linked to the pandemic, the tactics used in Western Europe [have] begun to migrate to the U.S."

The memo also stated that, in the recent past, attackers in Tennessee had "physically disabled electrical breakers at more than a dozen cell towers," and that white supremacists had "used the encrypted messaging platform Telegram to encourage people to outfit drones with explosives and fly them toward tower sites."

In a separate note Friday, NATE: The Communications Infrastructure Contractors Association, issued a member advisory about the planned weekend protests.

"NATE as an organization has heard through official channels that there are 5G Global Protest Day activities being planned throughout the country this Saturday, June 6, 2020," the alert said. "NATE member companies set themselves apart by embodying the characteristics of work ethic, professionalism, safety and quality on a daily basis. NATE reminds our member companies and their employees to remain safe, exercise vigilance and report any unusual or suspicious activities that they witness when traveling to and working at tower sites this weekend."

One company working on the infrastructure, Ericsson, even suspended field work for the weekend in the U.S. and Canada, per Fierce Wireless.

Perhaps it was because activist attention was focused on the continuing protests around the country following the killing of George Floyd, or perhaps the 5G warnings were overstated, but there were no reports over the weekend anywhere in the U.S. or Canada of actual attacks on 5G towers or actual infrastructure.

There were protests in Canada, including one in Winnipeg and another in Kelowna, British Columbia, which also focused on vaccines and the calling for the end of coronavirus lockdowns.

5G: Everything You Need to Know In 1 Amazing Chart