Why AT&T and DirecTV Feel the Pain of Cord-Cutting 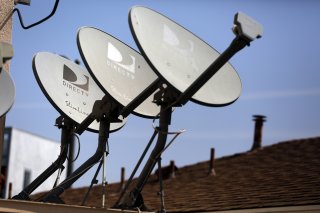 AT&T knows that its DirecTV division, for which it paid a whopping $49 billion in 2016, is failing miserably—and perhaps the only way to save it is by selling it.

In just the past quarter, AT&T announced that it lost 590,000 subscribers to its “Premium TV,” a category that includes DirecTV satellite service, U-verse wireline TV, and the online service known as AT&T TV. The telecommunications giant also shed 37,000 customers from AT&T TV Now, the streaming service formerly known as DirecTV Now.

DirecTV and AT&T’s premium services lost 897,000 subscribers in the first quarter of 2020, and 886,000 in the second quarter. AT&T now has 17.1 million premium TV subscribers, after losing more than three million over the course of the last year. To put those figures more in perspective, in 2017, there were more than twenty-five million subscribers.

Accordingly, revenue for video entertainment plunged to just under $7 billion last quarter, which is 16 percent less than what was registered in 2018.

As for DirecTV itself, it has gone from twenty-one million subscribers in 2017 to roughly 13.6 million this past quarter, according to Statista.

With the satellite TV provider being such a huge part of the problem, it’s no wonder that AT&T is looking to cut ties with it. Dish Network has long held out hope that a merger with DirecTV would help the company get out of its years-long economic doldrums.

Dish’s CEO Charlie Ergen has even repeatedly stated that he considers a merger of the two satellite TV providers to be “inevitable,” even though such a business deal would likely face significant regulatory scrutiny.

It does appear that an actual sale is creeping closer—but Dish isn’t seen as one of the potential buyers. The Wall Street Journal recently reported that AT&T has received bids from the auction it’s held for DirecTV—and that such bids have valued the unit upwards of $15 billion including debt. The paper added that the sale “could be completed by early next year.”

There could also be more pain in the offing for AT&T as DirecTV might lose its exclusive rights to NFL Sunday Ticket, the popular NFL package that offers every out-of-market game to football fans. While equivalent packages for other sports leagues are available on multiple platforms, DirecTV has had the exclusive on NFL Sunday Ticket ever since it first launched way back in 1994.

The current agreement expires after the 2022 season, and Amazon, Disney-owned ESPN+, NBCUniversal’s Peacock, and sports streaming service DAZN have all expressed interest in garnering the rights to the package.

AT&T currently pays $1.5 billion per year to carry NFL Sunday Ticket, but the cost might be too high now considering that the company has been actively working to reduce its debt.