Is AT&T Getting Ready to Dump DirectTV? 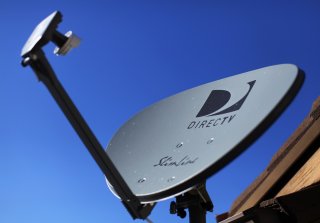 It’s been clear for a while now that AT&T doesn’t see DirecTV as a part of its future. The telecom giant bought the satellite TV company in 2015 for around $49 billion-plus assumption of debt, but in the years since, the service has continued to bleed subscribers, losing nearly 900,000 in the first quarter of the year, and nearly as many, 846,000, in the second. Both were the steepest losses of any satellite or cable provider in the U.S.

There have been occasional reports throughout the year that AT&T was looking to get out of the satellite TV business. In one scenario, reported last year and then again earlier this summer by Fox Business, AT&T would offload some of the risk of DirecTV, while combining it with longtime rival Dish Network. This would happen, the report said, due to shareholder pressure for AT&T to reduce its debt load.

That deal never happened, but now, The Wall Street Journal is reporting that AT&T is “taking a fresh look at its DirecTV business,” and eying a possible sale to a private equity firm.

While the process is at an early stage, the report said, Goldman Sachs is assisting the company, and possible suitors include Apollo Global Management--a company mentioned in the speculation last year--and Platinum Equity.

The report also stated that other possible investors have been approached but were not interested. Selling DirecTV to a private equity firm, without any type of type-up with Dish Network, would assuage concerns about antitrust complications, the report said.

Dish Network’s chief executive, Charlie Ergen, has said on more than one occasion in the last year that a merger between the two companies is “inevitable,” but that doesn’t appear to be under consideration in the current talks, at least not yet. Also, as Bloomberg speculated this week, if the two satellite companies were to merge, government approval of such a merger might be less likely under the current administration than it would under a potential Joseph Biden presidency.

So, if DirecTV is losing so many customers, why would anyone buy it? DirecTV still generates cash, while such a purchase would likely include a great deal of technology and patents. And DirecTV, at least for the time being, maintains its exclusivity as the only provider of NFL Sunday Ticket, which allows NFL fans to watch every game. However, that exclusive deal - which has some exceptions -  runs out in 2022.

It’s unclear what a sale of DirecTV would fetch, but it’s virtually certain that AT&T would make less money from a sale compared to what it paid for the service in 2015.