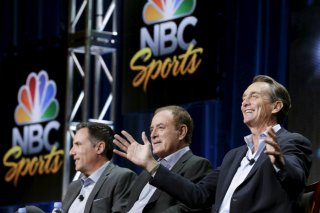 For many years, local sports broadcasts were seemingly immune to the cord-cutting revolution. Fans love sports, especially their local teams, and most of them insist on watching their teams’ games live. As a result of this, many teams have signed huge, long-term local TV deals with regional sports networks (RSNs), and these deals have formed a major percentage of the revenue model for sports leagues.

In recent years, however, there have been indications that the RSN model is collapsing. Cord-cutting has decimated the traditional pay-TV model and has started to impact audiences for local sports broadcasts. The long series of carriage disputes that has kept sports teams off of cable systems hasn’t helped either.

Sinclair Broadcast Group owns a large percentage of those networks, and it operates the former Fox Sports family under the Bally’s Sports network. However, there were reports last year that the sports arm was possibly facing bankruptcy. As a result, the company has been seeking to launch a direct-to-consumer streaming service.

While there was initially some resistance by the sports leagues, with Major League Baseball even suggesting that it wanted to partner with other leagues to launch a service of their own, Sinclair announced in January that it was in fact going forward with the direct-to-consumer service for local broadcasts. Thus far, Sinclair has announced deals with sixteen NBA teams and twelve NHL teams. The company also announced $600 million in new financing attached to the launch.

The plan, per the Streamable, is to launch the service prior to the start of Major League Baseball’s season in April, provided that the season isn’t delayed by the league’s current lockout. The launch of the service would make it easier for cord-cutters to watch sports, while also very possibly leading others to take the plunge and cut the cord. The NFL, whose games are on national television and, increasingly, on streaming services like Peacock and ESPN+, is not a part of the conversation.

“In their first full year of operating the service (2023), without adding any additional teams to the service, the company expects $243 million in subscription revenue across 1.08 million subscribers,” the Streamable report said. "On average, that would mean a subscriber would be paying $225 per year to access the Bally Sports App—or $18.75 per month," the report said. That would add up to $32 a month, which is more than most streaming services, but much less than a cable package.”

NBC May Jump In

On Monday came news of a possible watershed in local sports streaming. The other major owner of regional sports networks, Comcast-owned NBC Universal, was reported to be planning a move into direct streaming later this year. However, the company backed off to some degree a day later.

The Hollywood Reporter reported on Monday that the company has promoted an executive named Valari Dobson Stabb, who will oversee the company’s local TV stations, regional sports networks, and the company’s previously not reported direct-to-consumer sports offering.

However, a day later, NBC appeared to back off of anything definitive about the streaming plans.

“In a personnel-related announcement issued by NBCUniversal Local on Jan. 31, a reference to the NBC Sports Regional Networks’ direct-to-consumer (DTC) plans was inadvertently included and was misleading,” an NBC Universal Local spokesperson told the Streamable Tuesday. “At this stage in the process, our DTC strategy is evolving as we assess options in each of the unique sports markets we serve. At this time, we don’t have any further details about launch plans including timing or markets. More information will be announced when available.”

That could be interpreted to mean that the company remains indecisive about its plans or that the plans are going forward but were inadvertently announced too early.

The Monday report did not say much besides reporting that the new service would launch this year. If the service goes forward, it’s not clear what it will be called, what it would cost per month, or if all of the relevant sports teams and leagues would be on board with NBC’s plans.

Ironically, if such a move happened, it would result in a Comcast-owned company instigating a move with the potential to exacerbate cord-cutting.

A direct-to-streaming product would give fans of those teams the chance to end their traditional pay-TV subscriptions and sign up for the streaming service. Also unclear is whether the new service would change the channels available on vMVPDs such as Hulu + Live TV and YouTube TV. The Sinclair channels have been gone from those services for quite some time, but the local NBC Sports channels remain available on Hulu + Live TV.

NBC Sports Network, a national channel that broadcasted soccer and other sports, was discontinued at the end of 2021, with much of its sports programming moving to the USA Network or the streaming service Peacock. Last month, NBC launched local news channels on Peacock, offering a streaming option for those who may have been hanging on to cable just to watch their local news broadcasts.