Your Cable TV Bill Is Going Up Again (If You Have Spectrum, That Is) 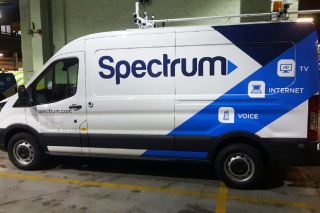 Spectrum, the cable brand owned by Charter Communications, is raising its broadcast TV fee to $16.45 per month, Stop the Cap reported earlier this month, and confirmed this week. That represents an increase of $2.95 per month.

The site cited "several Spectrum employees" in their initial report, and the site went on to report that Spectrum is planning a $1.50-a-month increase to its TV Select cable TV package. Those who subscribe to TV Choice will see an increase of the broadcast fee to $8.95/month, from its previous level of $6.

The changes are expected to roll out in August.

In 2019, per BGR, Spectrum increased that broadcast fee from $9.95 to $11.99, just four months after the fee was increased from $8.85. Spectrum also reportedly charges $25 a month for its DVR services on some packages.

A Spectrum support website, which has been cited in the past when Spectrum has raised these fees, states that "as a direct result of local broadcast or 'network-affiliated' TV stations in recent years dramatically increasing the rates to Charter Communications to distribute their signals to our customers, we're forced to pass those charges on as a 'Broadcast TV Surcharge.' These local TV signals were historically made available to us at no cost or low cost. However, in recent years the prices demanded by local broadcast TV stations have necessitated that we pass these costs on to customers."

Charter Communications is based in Connecticut, and is the second-largest cable company in the U.S., behind Comcast. The company bought Time Warner Cable and Bright House Networks in 2016, bringing its service area up to 41 states.

It has been a season of increasing fees, and that includes for cord-cutters. YouTube TV announced a 30 percent fee increase last week, while DirecTV raised prices for new customers.