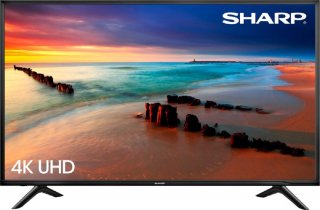 There’s a long list of TV brands that existed as far back as the old days of CRT TVs, and still exist today but are no longer owned by their original owners. For nearly as long as high-definition TVs have existed, TVs have appeared on the market with old names that have been revived, either from new companies licensing the old name or from purchasing that moribund TV business outright. And often, firms in China and elsewhere have purchased or licensed those names and revived them in order to make and sell budget TVs with price tags in the low hundreds of dollars.

When you buy a TV that’s branded Samsung, LG, Sony or Vizio, it was actually made by those companies, which is also the case with leading brands like TCL and Hisense that have achieved a high market share in North America more recently.

“There’s been a lot of evolution since a decade ago when Royal Philips NV decided it would stop making and selling some of its Philips and Magnavox consumer electronics products and, instead, license out those trademarks to Asian manufacturers,” according to a post in 2019 by Digital Tech Consulting. “Over the years, TV brand licensing has been employed by a wide range of manufacturers, distributors and dealers to offer products with built-in brand awareness and established reputations under familiar logos.”

Doing this allows companies to bring some money in from the licensing, without having to go through the expense of manufacturing the TVs themselves.

For instance, Toshiba, the Japanese brand that was long a major name in televisions, had its TV business purchased by Chinese tech company Hisense in 2017, two years after Toshiba exited that business. Some Toshiba TVs are listed on Best Buy’s website. Hisense also, at one point, purchased Sharp’s TV business, after that company got out of making its own TVs.

If one peruses the website of Walmart, then they’ll find bargain TVs for sale from Polaroid. But it’s far from the original Polaroid company, which is famous for cameras and pictures. That company declared bankruptcy in 2001, was purchased four years later by Petters Group Worldwide, and then ended up in bankruptcy yet again when Petters was exposed as running a Ponzi scheme. Multiple times throughout, and to this day, the Polaroid brand has been licensed for TVs, most recently by a Chinese firm called Mokena International.

Westinghouse is another brand name with a long history in American technology, going back to the work of the nineteenth-century inventor George Westinghouse. The Westinghouse brand lasted into the 1990s, when it bought CBS, although it was subsumed into what’s now known as ViacomCBS. Viacom has licensed the Westinghouse name for TVs for years, most recently to a Chinese manufacturer called TongFang Global, which previously made TVs under the Seiki and Element brands.

Magnavox has long been owned by Philips, but the Magnavox and Philips TVs that are sold these days have been licensed by the Japanese company Funai.

RCA is a brand name with a long and proud history in American consumer technology, including at the dawn of television as an invention. Over the course of the high-definition era, however, the RCA name has been bought, sold and licensed numerous times. According to Consumer Reports, RCA was licensed by the Chinese firm TCL at one point, and later by a Korean firm called On Corporation, before most recently being grabbed by the Canadian firm Curtis International.

As for other erstwhile top names, Panasonic stopped selling TVs in the U.S. market in 2016, although it continues to sell them overseas and has not announced plans to license out its name.