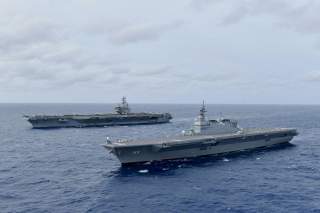 Matt Reisener is the assistant to the president at the Center for the National Interest.