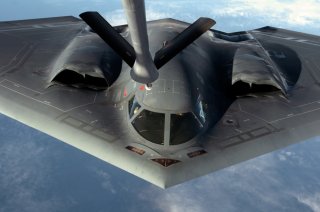 Vice Chairman of the Joint Chiefs of Staff Air Force Gen. John Hyten is urging the United States to expand how it looks at strategic threats to the United States especially cyber, biological, as well as the traditional concern with nuclear weapons. To do so, he underscores the need to fully modernize the U.S. nuclear enterprise including the command-and-control system. Otherwise, as  U.S. Strategic Command warns, the entire nuclear force will rust to obsolescence and, says Hyten, “without the backstop of the nuclear Triad, it basically is all impossible” to deter an adversary with nuclear capability.

Critics of the U.S. modernization effort—begun in earnest under the Obama administration and robustly continued under the Trump administration—are trying to unilaterally eliminate whole sections of U.S. nuclear forces, including all four hundred Minuteman missiles, up to half of our submarines, and the cruise missile for America’s strategic bombers. If accepted, then these cuts would eliminate fully five hundred of the seven hundred strategic nuclear delivery vehicles the United States is allowed under the New START arms agreement, which was just extended for another five years.

Even more worrisome however is that while 92 percent of all U.S. nuclear forces are still limited by the START Treaty, only 45 percent of Russia’s systems are, while China, now doubling its nuclear forces over the next five years, is under zero treaty restraints. Given such a hugely imbalanced strategic environment, the current modernization effort simply keeps the United States in the nuclear business and is the minimum necessary to keep deterrence credible.

The proponents of these big cuts, such as Global Zero and Ploughshares, with multi-million-dollar budgets, think somehow Russia, with 92 percent of its nuclear forces fully modernized, will generously give up large numbers of its nuclear forces in return for the United States not even having any forces on the table with which to trade.

For example, Global Zero argues that if the United States actually commits to building a new land-based missile, it will not be available to leverage further Russian reductions under a new arms treaty. However, Global Zero argues phasing out U.S. ICBMs, will “make it easier” for the Russians to follow suit. With both the United States and Russia coming down, then perhaps China will buildup to the same level.

In the 1980s the nuclear freeze advocates argued the United States could not get rid of the massive Soviet SS-20 missile deployments in Europe even if the United States deployed counter missiles such as the Pershing and Ground Launched Cruise Missiles.

Reagan disagreed with the disarmament folks and the nuclear freeze advocates, built, and deployed the U.S. Pershings and GLCMs and in a stunning development, leveraged the Soviets into agreeing to “Zero-Zero,” the 1987 INF treaty that got rid of all such Soviet and U.S. medium-range missiles. So, too, did Reagan’s call for strategic missile defense and modernization of all our strategic systems lead to the series of START treaties that reduced Soviet and then Russian strategic nuclear warheads by at least 80 percent.

We currently rely on the very nuclear deterrent the Reagan administration put into place. The 2010 New START Treaty under which the United States and Russia operate to at least 2026, is fully consistent with the entire nuclear modernization plans that Congress has approved for the past twelve years. In short, there is no choice between maintaining a credible nuclear deterrent and arms control—the two can go together if arms deals are verifiable and nuclear modernization is fully funded and secured. Such a strategy in dealing with our enemies is called “peace through strength.” It works, as opposed to the new idea from the children of the Nuclear Freeze which could be best expressed as “peace through disarmament.”