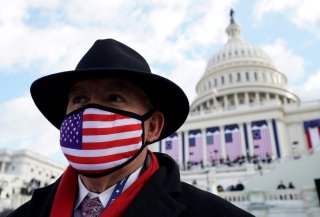 We often seek lessons from history. Thucydides famously wrote that he wished for his History of the Peloponnesian War to be “useful for by those inquirers who desire an exact knowledge of the past as an aid to the interpretation of the future.” Winston Churchill wrote that he sought to make his history, The Second World War, a “contribution to history that will be of service to the future.”

And yet, no sooner is a comparison made than a critic responds that the historical analogy is malformed, citing major differences between those periods and our own. After all, not all diplomacy with an aggressor leads to a “Munich” moment, not every step, a step “across the Rubicon,” nor every rising power destined for a “Thucydides Trap.”

The imposition of broad sweeping comparisons from the past should, of course, be avoided, but this does not mean that lessons cannot be extracted from history when dealing with certain types of scenarios. So while history does not necessarily repeat itself, it can certainly echo. Structural variables work to influence complex political behaviors in ways that are repeated. The fact that practitioners themselves are immersed in history, accentuates this. So how can today’s policymaker—attempting to design policies that deal with China’s rise—draw from the past, without making category mistakes or sweeping generalizations?

When seeking historical instruction, a starting point might be to isolate common structural conditions or variables for comparison. These might include the form of political leadership, regime-type, the form of international polarity, methods of competition, and the impact of specific technologies on escalatory logics (e.g. how do nuclear weapons limit choices?).

If we apply this typology to the three most recent historical episodes of “rising-power challenges,” then we believe that we can extract lessons in relation to the emerging competition with China. These periods include the European rivalry before World War I, the global competition before World War II, and the era of geopolitical struggle now known as the Cold War. From there, it is clear that there are many commonalities between those periods and the one we are moving into. What do these three eras of competition offer American, British and Indo-Pacific policymakers in terms of insight when dealing with the rise of China?

Here are the two takeaway points: First, historical examples are useful but there has been a growing trend in the public arena to criticize such analogies because they fail to precisely match our present day. This approach makes perfect an enemy of the good. We might not be in a “cold war” that equates exactly with the historic events of 1949 to 1989, but by looking for similar variables we can look back to that period for those relevant policies that worked while avoiding those that did not. Second, in this commentary, we have put forward ten lessons from history that we believe are instructional for the contemporary era. No doubt, many will disagree with them or have slight variations. That is wonderful, and such points should be put forward to debate whether we have drawn the right conclusions or not. We have primarily used them to show our variables might inform our analogies, providing perspectives to help policymakers.