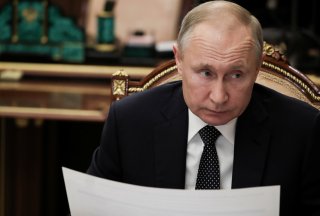 In our global information age, connectivity plays a central role. The geopolitics of connectivity is increasingly garnering attention, presenting various challenges and opportunities. Unfolding in real-time is a new great game of sorts: the digitalization of the Arctic. Stakeholders range from public to private enterprises and include autocratic and democratic governments. The “prize” is control over the flow of information within the Arctic, which affords both political and economic windfalls. Of course, restricting access to information is a well-known playbook of states like China, North Korea and Iran. After all, information is power.

Economically, digitalization directly improves living standards, an important precursor to socio-economic development. Indeed, the key economic drawcard for digitalization in the Arctic is the geographic reality that the region is the shortest distance connecting Europe to Asia. In tech-speak, this means data fiber-cables are shorter which translates to optimal latency. Latency, the holy grail of digital communication, is essentially the “delay” in which information moves between origin and destination. The global financial system is merely one key sector that has its eye on the prime latency which Arctic digital avenues provide.

Russia’s new prime minister, Mikhail Mishustin, has a tech-savvy reputation. Indeed, since assuming the prime ministership in 2020, Mishustin has sought to elevate digitalization on Moscow’s policy agenda. The urgency of developing Russia’s digital footprint has been underscored by the global coronavirus pandemic, which gave an impetus to accelerate digital transformation across Russia. An increased demand for online services, e-commerce and technological solutions as a result of enforced lockdowns and the pandemic’s “new normal” has forced Mishustin’s government to double-down on its digitalization agenda. This has become a national development goal, and the Russian Arctic is one key theatre in which Russia is accelerating its digital transformation.

Russia’s digitalization of the Arctic has emerged as a cross-cutting solution serving a number of purposes. Of course, digitalization is expected to mitigate several threats as identified in Russia’s latest Arctic strategy to 2035. First, Moscow sees digitalization as the central way in which to improve the socio-economic conditions of the Russian Arctic region. The Russian Arctic zone is deprived of adequate telecommunications infrastructure, making living conditions particularly harsh. The region suffers from a digital divide, as the villages of eastern Russian Arctic regions are not connected to the internet. The pandemic has only underscored the importance of telecommunications infrastructure in providing primary health care to these remote indigenous communities, including telemedicine. Of course, their military bases and energy extraction sites are afforded access. This digital isolation has contributed to the demographic challenges viewed by Moscow as one of the major threats to its Arctic development. By improving digital connectivity, the Russian state hopes to halt out-migration from the region, deliver on the promise to guarantee high living standards, and, ultimately, attract more settlers to the Russian High North. The labor-intensive energy sectors of the Arctic require adequate manpower well into the foreseeable future.

Furthermore, the development of digital connectivity is the cornerstone of Russia’s plans for infrastructure build-ups and energy exploration along the Northern Sea Route (NSR). Better digital connectivity can enhance Russia’s defense capabilities, maritime navigation and energy exploration. With Arctic sea ice melting, the NSR is emerging as a globally competitive transport corridor and the digitalization of logistics would make energy exports more efficient.

Moscow views digital connectivity as a backbone for attracting the much needed private investments - domestic and foreign - and spurring economic activity in non-energy sectors. The current resource-based economic model is reaching its limit and new drivers for economic growth are needed. Luring private capital and investment can diminish the region’s dependence on energy extraction and resource rents. The creation of network infrastructure is expected to provide a foundation for smaller businesses to invest in the High North and, ultimately, foster the long-awaited economic development.

Moscow is not alone in eying the potential of the Arctic’s digital silk roads. In 2018, China flagged its global interest in the Arctic region as a key facet of its Belt and Road Initiative (BRI)—with the High North featuring as the Polar Silk Road. While high-level assessment of Beijing’s Arctic strategy tends to focus on the growing Chinese footprint in the region (rationalized by Beijing in terms of environmental stewardship of the Arctic “commons”), China’s Arctic reach is also evident in the connectivity sphere. Indeed, within the digitalization context, China has taken a partnership approach to developing its data interests. Given the geographical position of Russia and its frontier Arctic Ocean proximity—ideal for running data cables linking in the shortest distance possible Asia and Europe—China is looking to partner with Moscow on more than just energy projects.

Beijing’s own strategic interest in the development of its Digital Silk Road (DSR) component of the BRI dovetails nicely with the emerging Arctic theatre. A key aim of the DSR is of course to market Chinese-state technology and Chinese tech solutions for digital projects internationally. While this agenda may be primarily commercial given its role within the BRI context—it is the case that military-security concerns arise from the strategic edge afforded to China in the context of DSR state technology.

Beijing’s interest in expanding the DSR to the Russian Arctic is cautiously welcomed by Moscow. Russia has a cash-flow problem, in dire need of capital investment and China is working hard to capitalize on Moscow’s limited access to Western funds. Recently, China has targeted Russian Arctic energy ventures to participate in by way of capital injections. However, Arctic digital infrastructure projects are emerging as an increasingly attractive sector for China—further representing another sphere of win-win cooperation within the broader mutually beneficial Sino-Russian partnership. That said, Chinese capital does not make Russia and China natural allies in the digital sphere. Lingering bilateral mistrust perseveres and Moscow would ideally promote Russian-made technology for its digital economy. Problem is, home-grown Russian solutions are slow off the mark. From the Russian perspective, companies like Huawei undermine Moscow’s sovereignty in terms of information security. This would appear to be a concern Russia shares with the West. But in light of weaponized technology being somewhat unavoidable, it is perhaps the case that the Kremlin would rather expose itself to the risk of being wiretapped by the Chinese than being vulnerable to Western technology.

Given the importance of digital transformation and global data, it is no surprise the Russian government has encouraged the development of a number of connectivity projects. Essentially, Moscow’s goal is to create favorable business conditions for the IT sector—sort of a Silicon Valley in the High North. Following the Nordic countries’ suit, there has been an uptick in the installation of data centers in the Russian Arctic, which is a preemptive move given the need for data processing and storage capacity will only increase. The frigid Arctic environment is a natural fit for data centers too. Indeed, the cold climate could potentially allow Russian policymakers to reduce the costs of data infrastructure development with savings from reduced requirements for cooling equipment and lower electricity demands. Further projects in the broader digitalization sphere include data processing hubs for mining cryptocurrencies like Bitcoin, platforms for running unmanned transport prospecting and extracting remote energy deposits, and the facilitation of the 5G network.

Sea cables are an emerging priority in the Arctic great game. Internationally, the geostrategic priority of sea cables is well known: they account for 99 percent of all telecommunication data flows. It is perhaps no surprise that the most ambitious digitization project is therefore a sea cable in the Russian Arctic. The project dubbed Arctic Connect, consists of a data cable over ten thousand kilometers long and is illustrated in Figure 1. The project is led by Finnish state-owned company Cinia Oy in partnership with Russian telecommunications provider MegaFon. Revived for good in 2016, Arctic Connect plans to link Europe and Asia through a submarine communication/data cable laid along the NSR. This trans-Arctic cable will provide an extremely reliable internet connection for users due to lower latency between the two continents. Further insurances include reduced likelihood of disruptions (a problem plaguing global sea cables), including damage caused by human activity,  given the rather uncongested NSR. Arctic Connect is essentially two separate data cable systems: one system will offer the international community an incomparable low-latency internet connection between European and Asian users, and the other system will connect regional Russian coastal cities to broadband internet. The project is expected to come to fruition by 2023 and is estimated to cost up to $1.2 billion. According to Gevork Vermishyan, general manager of MegaFon, Arctic Connect will become a driver for the development of the digital economy in the region, including Industry 4.0 and the Internet of Things.