America Has Swapped Currencies with South Korea, Now it Is Time to Swap Vaccines 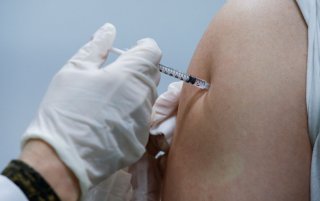 In late April, the Federal Reserve announced that it would wind down a swap facility opened in March 2020 at the outset of the coronavirus pandemic. This swap provided hundreds of billions of dollars to systemically important and sound central banks, in exchange for local currencies, to stem contagion and “help lessen strains in global U.S. dollar funding markets.” The Bank of Korea was one beneficiary, with a $60 billion line (just as it was back in October 2008, when the Fed opened a $30 billion swap in the depths of the global financial crisis.)

The swap facilities gave the Korean central bank access to dollars from the Fed in exchange for Korean won, but with a final settlement in dollars after an agreed term. During the 2008 crisis when global markets were in more precarious straits, the currency swap filled cross-border funding gaps in the Korean banking system while helping to ensure that Korean investors would not liquidate their holdings of mortgage securities backed by the U.S. government-sponsored enterprises to shore up their dollar holdings, forestalling further financial stress in U.S. financial markets. The dollar-swap policy was free of costs for the Federal Reserve. Every dollar extended was returned. It was an exchange that benefitted both countries

Now South Korea, one of America’s most critical allies, is facing not a financial crisis but an epidemiological one. It has a vaccine gap. And this time it was Minister of Foreign Affairs Chung Eui-yong who reached out to the United States for help by requesting a vaccine swap—a loan of vaccine supply that South Korea will eventually pay back. Although coronavirus cases in the country are relatively low, outbreaks have been stubbornly persistent and are now largely untraceable. South Korea is scrambling to acquire enough vaccine doses to protect its people. As of the end of April, the country had fully vaccinated only 0.3 percent of its population, putting it far behind the United States, which has vaccinated roughly 30 percent of its population. U.S. assistance would help to accelerate South Korea’s vaccination program, helping the country reach herd immunity sooner.

Conditions in the United States are becoming opportune for such a deal. The United States is likely rapidly approaching an inflection point, where vaccine supply will exceed demand. Despite the recent drop-off in vaccination rates, the proportion of Americans fully vaccinated looks likely to reach 70 percent this summer, reaching an indicative threshold used by epidemiologists to mark the attainment of herd immunity.

The Biden administration has recently shifted its thinking on global vaccine sharing because of these factors. In addition, the United States is sitting on a significant stockpile of AstraZeneca vaccine, but the FDA has not yet authorized its use. That has made it easier for the United States to pledge to share sixty million doses of that vaccine over the next several months, although it did not specify to which countries. But India and other developing countries, which are facing a rapidly unfolding crisis, will likely be prioritized.

There are several considerations supporting a bilateral vaccine swap with South Korea. One is that the United States can take the lead among western nations (Europe is mired in vaccine shortages and embargos) in modifying its vaccine nationalism policy. It can now afford to balance domestic prerogatives with global vaccine equity concerns encompassing humanitarian assistance to developing countries, as well as incorporating targeted assistance to critical allies. In fact, the latter can be thought of as an extension of vaccine nationalism, as the Biden administration would be helping an ally who is playing a critical role in national strategic interests.

Another consideration is that the United States can repay South Korea a favor. As the pandemic swept across the ill-prepared United States early last year, South Korea came to the aid of America. The first coronavirus pandemic in 2003 and the deadly Middle East Respiratory Syndrome outbreak in 2015 had taught South Korea the value of rapid testing, tracing and quarantine. When cases popped up on U.S. military bases in South Korea in early March 2020, South Korean health authorities were ready and stepped into the breach by conducting testing and tracing for the U.S. Forces Korea. Its commander, Army Gen. Robert Abrams noted that he could not underscore enough how great of a partner South Korea’s disease control agency had been: “Open, transparent, collaborative and extremely helpful.”

Adequately prepared at home, the Korean government sent 1.35 million test kits to the U.S. federal government and two state governments, Maryland and Colorado. By May, Korea had sent two million masks to the United States. In January 2021, during the peak of the biggest pandemic wave in the United States, South Korea sent one million masks to American veterans of the Korean War, an aging and vulnerable population. And the Korea Foundation, the country’s public diplomacy organization, sent 514 coronavirus “survival” kits to former U.S. Peace Corps Volunteers who served in Korea, regardless of their need. It was a gesture of the bonds of friendship forged between the people of the two countries.

Aside from the moral issues, there are also practical, hard-headed considerations. South Korea is creditworthy in a public health sense, not just a financial sense. Swapping vaccines with the country would be in essence to share the Fed’s calculation by which it lent dollars to its central bank—there would be very low “repayment” risk.  Moreover, vaccines lent to South Korea would be well used given the country’s exemplary, well-organized public health system and the high degree of trust its citizens have in it.

But how will South Korea “unwind” the swap? The country was late in lining up a supply of vaccines, but it has recently secured the delivery of 192 million doses of various vaccines, including the Pfizer vaccine, enough to inoculate 99 million people, far in excess of its nearly 52 million population. South Korea expects to reach the 70 percent fully vaccinated threshold by November—if deliveries are timely—at which time it could repay the United States with its excess supply.

Moreover, Biden’s vaccine diplomacy would shore up global U.S. soft-power credibility vis-à-vis Beijing or Moscow, with the global deployment of an arsenal stocked with Operation Warp Speed’s far more trustworthy and efficacious American vaccines. Taking all these considerations into account, a U.S.-South Korea vaccine swap would be an all-around win-win policy.

Tom Byrne is president of The Korea Society. He is also an adjunct professor at Columbia and Georgetown Universities. He was the Singapore-based Asia-Pacific and Middle East Sovereign Risk regional manager for Moody’s Investors Service.