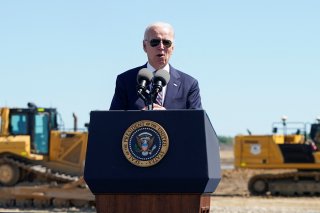 Few Americans appreciate the implications of a near-peer conflict on domestic society or the scale of national mobilization that would be required to sustain it. During World War II, the private sector played a major role in preparing for and sustaining major combat operations in the European and Pacific theaters. Commercial shipyards produced warships, car manufacturers built bombers, and toy companies made compasses and weapon parts. To coordinate these activities, the federal government formed entities like the War Production Board and National War Labor Board to implement price controls, rationing, wage regulations, nationalized procurement and shipping, and other dramatic actions to manage capital and resources needed for the war effort. Invariably, this forced Americans to make daily sacrifices.

In 1950, Congress passed the Defense Production Act which codified some of these wartime powers. The act was invoked in 2020 during the Covid-19 pandemic as Americans experienced shortages in medical supplies, lack of access to healthcare facilities, and prolonged supply chain disruptions. The United States should have adapted and learned from this experience. During World War II, a sense of unity and national resolve permeated American society. However, the Covid-19 pandemic was a different story and it offers a cautionary tale for Americans if a real wartime mobilization is required.

The American reaction to Covid-19 was frantic and the initial panic caused a national shortage of basic household items that had nothing to do with coronavirus or healthcare, such as toilet paper. Government officials defaulted to draconian lockdowns and voluntarily halted all economic activity for several months. The military halted deployments, ceased most in-person training and activities, and put many warships to port due to positive Covid-19 cases among crewmembers. When the discussion of how to reopen the economy and society back up began, policymakers quickly adopted tribalistic stances and tied nonpartisan public health issues to their political objectives while ignoring the real issues and policy challenges. The results have been catastrophic, especially for childhood development and mental health.

These leadership failures cannot be overstated: policymakers divided Americans, further eroded trust in U.S. institutions, failed to present a clear national strategy, and were in constant conflict with other public health officials. Media outlets focused more on censoring reasonable policy debates than exploring the truth. Collectively, the political and media classes failed to address the concerns affecting daily American life to inspire a sense of calm and reassurance and instead refused to consider policy alternatives that compromised a particular narrative. This inflexible, unresponsive, and somewhat autocratic approach had little effect on the pandemic’s trajectory while contributing to the emergence of new public health issues.

The prospect of a large-scale conflict with foreign rivals looms large for which American society is not prepared. To address this shortfall, President Joe Biden must effectively outline the meaning and implications of the recently-released National Security Strategy (NSS). The administration must lean on Congress to provide a clear statutory framework for national mobilization should a large-scale conflict break out. Whether it occurs in Europe or the South Pacific, Americans need to understand what would happen and how such a war would profoundly impact their daily lives. For its part, the federal government needs to create and message solutions in critical sectors such as manufacturing, supply chains, and energy.

In such a scenario, manufacturing will likely be front and center. For example, if a war broke out with China, American companies would likely pull out of the country (voluntarily or by Beijing’s order) which would lead to immediate increases in manufacturing costs and production delays for common goods. Other manufacturing outlets throughout Asia will suffer similar problems from the direct or indirect effects of a regional war. The United States has shown that it is not prepared to offset global manufacturing disruptions. The Biden administration and Congress attempted to remedy this problem by passing the CHIPS and Science Act to boost domestic research and manufacturing for semiconductors, a critical component of many domestic products. Yet, U.S. manufacturing capabilities are also challenged by difficult domestic labor and environmental policies. At present, the United States cannot make up the volume if manufacturing exports from Asia decline. Consequently, Americans would see fewer products on the shelves without any offset in demand, thereby worsening inflation.

A large-scale war would also generate more substantial disruptions in global supply chains than during the Covid-19 pandemic. Trillions of dollars worth of commerce pass through the Taiwan and Malacca straits every year. If these waterways were closed during a war, shipping costs would skyrocket, demand for air freight would soar, and reciprocal wartime embargoes would further complicate the economic landscape. Manufactured goods exported under these conditions will be more expensive and take longer to reach their destinations.

Finally, the importance of the energy crisis cannot be overstated and must be addressed now. The United States cannot flip a switch and transform into a green energy economy overnight; it will require a lengthy transition period. In the interim, (cold) wars run on energy and nobody knows this better than Europe, which is currently experiencing huge spikes in energy prices that will only worsen as winter sets in. The United States must regain its energy independence and invest in oil, natural gas, and nuclear energy. The Strategic Petroleum Reserve (SPR) is at its lowest point in almost forty years. Its statutory purpose is to counter severe disruptions in the oil supply but this goal is being frustrated in real-time. It is estimated that the SPR could fall to under 250 million barrels by 2028, marking a 67 percent reduction since 2010.

When Russia invaded Ukraine, Western European countries felt the impact on energy markets immediately. To their credit, they have stayed the course but Europe’s lack of foresight and planning—a product of a fanatic commitment to green energy— means increasing energy production and lowering prices will be a long-term challenge. The United States still has the capability and time to shore up gaps in its energy sector but its political leaders need to reconcile their policy priorities with the realities of a wartime economy.

More broadly, Americans need to understand what the national response and strategy for domestic policy during a war would entail. Ineffective leadership during the Covid-19 pandemic led to panic, frustration, and censorship. Policy decisions were driven by fear and distrust, and there was a lack of accountability. This cannot be repeated. Policy decisions must be measured and based on clear statutes that enable swift action with appropriate constitutional safeguards. Policy actions must be explained calmly and clearly so Americans understand how they will be implemented and affect their daily lives. While a second cold war may never lead to hiding under desks, a similar sense of urgency and sobriety must take hold.

International threats will transcend many domestic priorities. Unserious leaders who are not capable of addressing them should not hold office. An emphasis on preparation is necessary and if there is one area where the United States needs national pride and unity, it is here. While America’s sons and daughters fight and die abroad, its citizens at home will have to make sacrifices. If action isn’t taken now, the United States will remain unprepared.

Richard Protzmann is a recovering litigator and in-house counsel for an e-commerce company in California. He is also an executive officer and former company commander in the Marine Corps Reserve and frequently writes for publications such as Task & Purpose, The Marine Corps Gazette, Washington Times, Real Clear Policy/Defense/Energy, 19FortyFive, the Daily Caller, and The American Spectator. Follow him on Twitter @rw1699​.